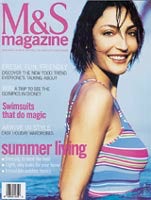 Customer magazines have come a long way, from having no ABCs to making up half of the top 30 ABC titles. So why are media buyers still calling for more in-depth readership data? asks Jo-Anne Flack

An industry worth about &£182m and with 14 publications in the top 30 ABC ranking might be thought to have little trouble proving its worth. But not so.

Many contract publishers sighed when they realised that Marketing Week would be exploring the relationship between media buyers and customer magazines. Many felt “that old chestnut” need not be revisited and that the issues that plagued these relationships in the past were over.

Well, not according to media buyers.

Contract publishers have always relied on the responsive element of their magazines to give them the edge over newsstand titles. The response element in most customer magazines is strong and usually provides magazine owners with good information about their readers.

And herein lies the problem. After spending all that money and effort finding out who their readers are, they are unlikely to broadcast that information to their competitors. Media director at New PHD Laura James says: “Magazine owners should be able to give details of who their readers are – but what we get is no more robust than the National Readership Survey.”

Communications planning director at Citrus Publishing Julian Downing argues that this is disingenuous. He says magazine owners are loath to part with commercially sensitive data and admits it can prove frustrating, but believes that media buyers should be able to witness the benefits accruing from owning that information.

“Take the Tesco magazine, for example, where the data was used to tightly segment the magazine. Segmentation is becoming a big thing in contract publishing. Media buyers might not get their hands on the data, but they can surely see the advantages of having it,” says Downing.

As the contract publishing industry has grown, ABCs have become less of an issue. A few years ago, many customer magazines had no ABC figures. Now half the magazines in the ABC top 30 are customer titles. It was an issue that media buyers used to throw back at contract publishers – now they no longer can.

This doesn’t mean to say that the effort has been appreciated. As James says: “The Daily Star is audited. That doesn’t make it a good product.”

That level of cynicism, however, is not universal. MediaVest client services director Nigel Conway says the increase in ABCs is encouraging. “Having an ABC means the magazine is willing to stand up and be counted. We as media buyers want greater transparency because our clients are demanding it, and if a magazine gets an audit, it shows the publisher has nothing to fear.”

The irony of the ABC, however, is that one of the most popular customer magazines – even in the estimation of media buyers – is not audited. Redwood’s M&S Magazine is unable to conform to the ABC regulations on distribution because it is circulated through Marks &amp; Spencer’s own, highly complex distribution system.

Senior account director at M&S Magazine Kate Scally says that the lack of ABC figures has not knocked M&S Magazine off media schedules – on the contrary, its ad revenue continues to rise.

Scally admits that the M&S brand is a great advantage in this instance. “Putting M&S’s troubles aside, it is a great brand – perhaps the most trusted brand in the country.”

M&S’s vast product range helps to build wide recognition. Scally says: “I used to work on Good Housekeeping and it was always difficult talking to 22-year-old media buyers about it because they were convinced it was a magazine read only by their mothers. These same media buyers may not always understand the traditional M&S brand, but they probably buy their food there – and so the connection is made.”

Scally says media planners need to recognise the power of the brand behind a magazine. She cites an example of how closely readers have associated an advertised product with M&S Magazine: “Not so long ago, after seeing ads for Olivetti in the magazine, people mistakenly took their typewriters to the M&S headquarters in Baker Street,” she says.

But strong branding can also cause problems. Scally says she often has to turn away buyers’ creative media ideas because of strict guidelines laid down by M&S. “A buyer might approach us with an advertiser such as Chanel – and it would be a good fit. But then M&S will respond by saying it produces its own fragrance and doesn’t want to advertise a competitor,” says Scally.

This is a problem that most contract magazines probably have to deal with. But not all customer magazines are backed up by as well-known a brand as M&S – which may mean working harder to bring in advertising.

Chairman of the Association of Publishing Agencies (APA) and publishing director at Mediamark Publishing Peter Moore agrees that dealing with media buyers is easier than it was five years ago, but still believes there is a lot of lazy media buying taking place.

Mediamark publishes British Midland’s Voyager magazine. It is the only in-flight publication to be audited and British Midland is the second biggest operator out of Heathrow and the second largest scheduled airline in the UK.

Moore says: “We were invited to do a presentation by a media buyer whose client was interested in in-flight media. I had to spend the first half of the presentation explaining what British Midland was. He presumed it was a charter airline.”

The ability to produce good research has been put onto the APA’s agenda, says Moore. He is currently persuading APA members to get their clients to sign up to “a publishing charter”, which will allow magazines to be regularly researched for effectiveness. Moore says it was difficult getting the APA members to sign up, let alone convincing their clients.

“Every publisher does its own research and many felt there was no reason to be doing more,” says Moore.

But separate research is part of the problem. Media buyers say the different methodologies employed by different publishers makes it difficult to draw comparisons.

Conway at MediaVest says: “I have seen a huge amount of client research and generally it says what clients want it to say.”

Director of press at MediaCom TMB Steve Goodman agrees: “Often the data that we are shown by publishers is dubious. It refers to those people who have responded to the magazine, as opposed to those who have thrown it straight into the bin.

“And if you look at the Quality of Reading Survey data, the contract publishing titles don’t stack up well. Generally, contract publications appear not to be well read.”

But managing director of Working Titles Publishing Andy Sivell doesn’t buy this. “These objections may just as easily be applied to newsstand publications. I wouldn’t be prepared to blanket endorse all contract publishers’ research, but newsstand publishers are just as creative in the interpretation of their research.

“The quality of data that is produced by some contract publishers is certainly worthy of serious consideration. But a lot of money is spent on market research and it is no better or worse than that produced by newsstand publishers.”

There can be no doubt that contract publishing has become a profitable and viable media sector. The opinions of media buyers – who tend to concentrate on the less successful magazines – have taken longer to catch up with the reality of this burgeoning publishing industry.