The campaign aims to challenge the misconceptions surrounding organ donation, increase awareness about the lack of South Asian and Black donors and encourage people to join the NHS Organ Donor Register.

The campaign will launch at the end of January and will include face-to-face activity, celebrity support and partnerships with key ethnic media.

Because of the shortage of compatible donors, South Asian and Black patients wait twice as long as white patients for a kidney transplant, on average.

Media Moguls is an ethnic marketing specialist agency and previously designed and implemented the Department of Health’s first ever South Asian Organ Donation campaign between 1998 and 2003.

The campaign will complement NHSBT’s national ‘Prove It’ organ donation campaign, which started in November 2009.

Anjna Raheja, managing director of Media Moguls says: “Using our in-depth cultural knowledge and understanding we can raise awareness by bringing the issue to light.”

The British Library is readying its contribution to the London 2012 Cultural Olympiad that runs alongside the London 2012 Olympics and is looking for an agency to develop an accompanying interactive campaign. 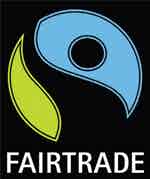 The fair trade market may still be growing at a rapid rate, but exclusive research carried out for Marketing Week shows too few consumers are aware of the diversity of products or the range of retailers that stock them.