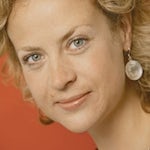 Lucy Handley, author of this week’s cover feature on paywalls, argues that is in all publishers’ interest to charge for content, but everyone must take the plunge for it work.

Reports of News International titles The Sun and News of The World going behind a paywall in October to join Times Online broke just as Marketing Week’s cover feature on paywalls went to press this week.

These are two of the most read newspapers in the UK – both selling just under 3 million printed copies a day, versus the Daily Star at around 800,000 and the Daily Mail at just over 2 million, according to the latest ABC figures.

Murdoch’s strategy is bullish and given the number of titles he runs, and their popularity, it can be made to work if he can get people who buy the papers regularly to link it to an online subscription – and he is then careful about collecting reader data.

Perhaps we’ll see a day when, in order to force people to sign up online, printed newspapers will be sold on a different model where a flat weekly rate is paid for a certain number of papers, to cater for those who buy them on particularly days.

Times readers who pay for a seven-day print subscription get automatic access to the website, but those who only subscribe during the week will lose their free access at the end of January next year. That is when the real test will happen – and will also allow News International to collect more information about them.

An email arrived in my inbox from the Evening Standard selling tickets to a Michael Buble concert, spa days and the SW4 festival, among other offers. Alexander Lebedev’s firm might know that I entered an ES competition last month to win tickets to the Vintage festival at Goodwood – he certainly knows I am female, where I live and my date of birth. So the offers I get are relevant to me.

Google CEO Eric Schmidt said this week: “The power of individual targeting – the technology will be so good it will be very hard for people to watch or consume something that has not in some sense been tailored for them,” and this includes advertising.

It’s a relatively simple use of data to tailor the ES newsletter to me. But for some, publishers should focus on quality content, rather than trying to become retailers, as many are doing. Times Online maintains that the reason for its paywall is because its journalism is worth it.

The worry for many titles is that readers will go elsewhere without this in-depth information. But publishing specialist titles like the FT means readers get information they may not glean from another source, so the paywalls here work.

FT.com’s managing director Rob Grimshaw says that the more subscriptions he sells, the more advertisers spend money. To this end, he is developing a system which will provide lots of information to advertisers so they can analyse their campaigns – and you imagine that News Int will follow suit.

But FT.com wants to rely less on advertising – even though ad revenue goes up when the numbers of subscribers go up. Sky will own the data when subscribers pay for ITV’s HD channels and it will not share it with ITV. But sources question why ITV would want to access this data – I would suggest it would be useful to link it up to a subscription or login to ITV.com, something which ITV it is looking to monetise.

As a journalist I hope the strategy works and that other titles follow, to protect the quality of the content and good journalism, keep publishers in business and provide subscriber-information to advertisers. But to be successful it would take many publishers to do this.