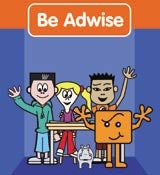 Media Smart, the Government-backed media literacy programme, is launching educational materials for schools to tackle controversial issues such as food advertising to children.

The pack, launched yesterday (Tuesday), will also cover drink and toy advertising, and for the first time includes case studies of individual advertisers such as Coca-Cola, Kellogg and Walkers.

A spokeswoman for Media Smart says the Department for Culture, Media and Sports “made sure” that the issues regarding advertising to children formed a central part of the educational material, which is sent out to schools free of charge. The move follows food, drink and toy advertisers coming under increased pressure from campaigners calling for restrictions on advertising to children.

The packs will also include explanatory notes on the role of advertising as an economic function; the use of music and images in ads; the targeting of ads to segmented audiences; and the use of techniques such as fantasy when advertising to children.

Launched in November 2002, Media Smart is aimed at six- to 11-year-old children (MW November 7, 2002). The first pack sent out to schools focused on the creation of brands.