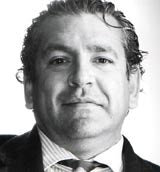 Banc, the agency founded by Robert Bean, has been sold to marketing communications and services group Media Square. The agency will now be merged into the group’s marketing services brand Equanim.

Bean will remain with the agency, although his job title hasn’t been confirmed. It is expected to be a major role. A spokesman for Media Square says it is not planning to change the structure of the agency and will not be making any redundancies.

The agency’s client list, which includes the Liberal Democrats, the Met Office and Young &amp; Co’s Brewery, should not be affected by the move. The agency will remain in London, but is likely to move from its Regent Street office.

It is not clear whether the name of the agency will be scrapped or be brought under the Equanim umbrella brand. It has already rebranded public relations firm Lefevre Communications, which it acquired in May, as Equanim Lefevre.

Media Square, which was set up in 2000, is aggressively searching for other acquisition opportunities to fit in with its portfolio of marketing communications and services. It has also acquired the FI Group, a direct marketing and online branding and design business, and e-solutions company Fourninety.

Bean, the former head of advertising and media for BT’s customer communications unit, set up Banc in 1996 with Mark Cramphorn after they split from Bean MC. Graeme Norways, a former art director for Young &amp; Rubicam in New York, and Jim Andrews, a founder of design agency Basten Greenhil were also founding partners.