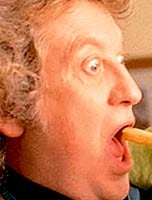 MediaCom TMB has won the £5m Young’s Bluecrest Seafood buying and planning account after the business was moved out of Starcom Motive.

A pitch was held following the merger of the Young’s and Bluecrest frozen food groups. The account will be worth £2.5m until March next year, but the budget is expected to double during 2001.

Doner Cardwell Hawkins picked up the creative account earlier this year (MW June 22). Grey Advertising resigned the account when it picked up a £10m pan-European task from Young’s rival Findus in March.

Young’s next campaign is likely to feature TV, radio and press work. The company is also looking at outdoor advertising. It will focus on the overall branding for Young’s Seafood, including planned new product releases. Existing ranges include Chip Shop and Seafood Ready Meals.

Richard Nall, marketing controller of the fish products division, has quit to join Wilkinson Sword as marketing director. He has yet to be replaced.

Cane says: “MediaCom has opened our eyes to what can be achieved through creative media planning.”