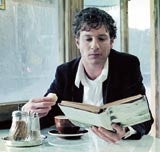 MediaCom has won the media buying account for the one-off Standard Life demutualisation brief. The business is thought to be worth several million pounds.

The agency has won the corporate project for Standard Life following a competitive pitch against an undisclosed number of agencies. Feather Brooksbank, which holds the assurance company’s consumer account, also pitched.

Standard Life, Europe’s largest mutual life assurance company, is also looking for a creative agency to handle the corporate campaign to herald its proposed demutualisation next year (MW May 19).

The Leith Agency, Saatchi &amp; Saatchi and Ogilvy &amp; Mather have been shortlisted, with a decision expected this week. The Leith Agency holds the &£10.7m consumer account.

The project is expected to be a through-the-line campaign focusing on the corporate brand rather than the four business units that make up the group.

The Edinburgh-based financial services organisation says the appointment will not affect the accounts currently held by Feather Brooksbank or The Leith.

Standard Life is believed to be keen to run a high- profile campaign ahead of its proposed demutualisation after a previous attempt to demutualise in 2003 ended in failure.

In June last year, the board appointed group finance director John Hylands to lead the project and hired several advisors to help.