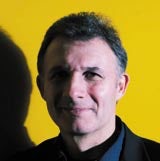 MediaCom has won the &£20m media planning and buying account for Digital UK from incumbent PHD following a competitive pitch.

Digital UK, which rebranded from SwitchCo in September, is the independent body charged with overseeing the switchover from analogue to digital broadcasting. The pitch was overseen by director of communications Beth Thoren and chief executive Ford Ennals.

PHD was handed the work on an interim basis in September last year while the formal pitch went through the Official Journal of the European Communities (OJEC). It made the four-strong shortlist alongside MediaCom, MindShare and Zenith Optimedia.

Last year, the body was forced to call a pitch for its creative advertising agency just months after it had appointed Abbott Mead Vickers.BBDO because the review had not gone through the official channels (MW October 13, 2005). AMV retained the business after being forced to repitch (MW November 24, 2005). A decision on a direct marketing pitch is expected soon.

Digital UK is also seeking an online agency to support its marketing activity, which is worth up to &£1m over four years.&nbsp; The agency will be responsible for developing digital campaigns that encourage behavioural change among consumers.

The switchover is due to take place between 2008 and 2012, although Ofcom chief executive Stephen Carter has signalled the end date may be moved back until after the Olympic Games.