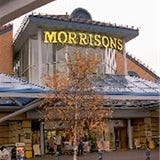 Morrisons is understood to be in talks with media agencies about its 25m planning and buying account ahead of a full pitch. It is believed it will start after it has completed a review of its creative business.

The retailer is thought to be holding informal meetings with media shops.

No one at Morrisons was available for comment as Marketing Week went to press, but the agency denies a review is being conducted.

Morrisons recently ended its three-year relationship with Manchester-based BDH/ TBWA when the agency was dropped from the current creative review. It was pitching alongside TBWA/London to retain the business. Delaney Lund Knox Warren & Partners, Euro RSCG London and Leo Burnett remain in the race for the advertising business. The review is being handled by the AAR.

The supermarket chain recently made its first move into online marketing after it hired digital shop Technophobia to work on its Web strategy. It created an initial campaign based around the World Cup.

Earlier this year, Morrisons recorded its worst ever financial results. After issuing five profit warnings in 15 months, the company posted the first annual financial loss in its 107-year history, reporting a pre-tax loss of 313m in March.

Marc Bolland has been named as the retailer’s new chief executive. Bolland, previously chief operating officer at brewer Heineken, had the support of chairman Sir Ken Morrison during a protracted selection row among members of the retailer’s board. Morrison will remain as chairman until 2008.