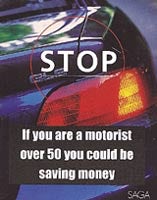 Mediaedge:CIA has retained the &£10m media planning and buying account for Saga Group – the specialist in holidays, insurance and other products for the over-50s – after pitching against Carat, Universal McCann, MGM and Starcom Motive.

The account was put up for review in December, less than a month after the global merger between Tempus Group’s CIA Worldwide and WPP Group’s The Media Edge, which have combined billings of $17bn (&£11.47bn).

The merger triggered a number of high-profile European client reviews. In addition to Saga, chewing gum company Wrigleys switched its &£20m account to Media-Com in April (MW April 11); DHL reviewed its pan-European account but gave Mediaedge:CIA a six-month extension (MW May 2); and Henkel threatened to move because of potential client conflict with Colgate-Palmolive, but was mollified by Mediaedge:CIA, which set up two separate account teams (MW March 21).

In addition to its core holidays for the “grey market”, Saga sells nutritional supplements, insurance services and financial services (including a Visa card), and also has expanding interests in radio (MW March 1, 2001) – it now has two licences covering the Midlands. The combined above-the-line ad spend of the group’s products was &£9.3m for the past 12 months, according to ACNielsen MEAL, but there is understood to be a sizeable chunk of below-the-line business that Mediaedge:CIA will also handle.