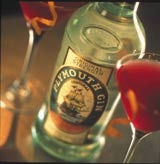 Mediaedge:CIA has been appointed to handle the &£2m media planning and buying account for Plymouth Gin ahead of a repositioning and a consumer advertising push later this year.

The Coates Distillery, which distills the gin, wants to give it a more “authentic” look and will be harking back to the brand’s heritage with a Jazz Age-inspired bottle.

In 2004, Plymouth Gin was the third biggest brand in the UK with 1.4 per cent of the market by volume, just behind rival Bombay Sapphire on 1.8 per cent. Gordon’s is the market leader with 10.8 per cent, according to Mintel figures.

It is thought that above-the-line activity will run in May following the introduction of the new bottle, then again in early autumn. It will be supported with below-the-line work, product sampling and promotions.

Coates was owned by Allied Domecq, which sold it in 1996 to a management team led by John Murphy, founder of branding consultancy Interbrand. V&amp;S acquired a 50 per cent stake in 2000, after Plymouth Gin was relaunched as a premium product, but now wholly owns the brand.