Slade was chosen to front the brand because she has “strong associations with fashion and sports”.

The company says the range is its “most progressive sportswear” range and has a “luxury look”.

The brand traditionally specialises in sailing and technical sportswear and the new brand extension marks a move towards a more fashion-oriented proposition.

The urban sportswear range is inspired by nature and named after Nordic folklore figures Ask and Embla, the Nordic Adam and Eve.

Helly Hansen is soon to launch its first retail store in the UK and last week announced plans to launch its first multi-language e-commerce platform in 2010, as part of its international growth strategy. The sites will be localized in several languages and five currencies.

Peter Sjølander, chief executive officer for Helly Hansen, says: “E-Commerce is hugely important to us and a key aspect of our strategy for international growth.”

The Prostate Cancer Charity is launching an integrated campaign including television, press, online and experiential activity to coincide with the Tour of Britain, the UK’s professional cycling race. 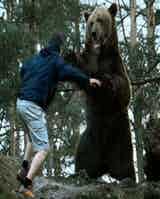