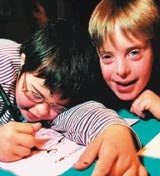 Learning disability charity Mencap has appointed Deborah Hamilton Lewin as its director of communications and marketing.

Lewin, director of Heart of the City, a body set up by the Bank of England to encourage corporate social responsibility, takes up the post at the beginning of November.

Previous incumbent David Scott-Ralphs left in June to become chief executive of blindness charity SeeAbility. Jim Swindells, who has been filling the role, is appointed head of fundraising. He will report to Lewin.

Next month, Mencap will again launch Snap, its photography competition, featuring photos either of, or taken by, people with learning difficulties. Mencap is in negotiation with sponsors for the project. Last year’s competition resulted in an exhibition at the V&A Museum.

Mencap also organises the annual National Learning Disability Week. The charity provides advice and campaigns on behalf of people with learning disabilities as well as their families and carers. It estimates there are 1.5 million people in the UK who have a learning disability.

The charity has an annual income of &£116m. Mencap uses specialist agency Cascaid for its direct marketing.

Coca-Cola Great Britain has unveiled its new Piccadilly Circus sign, claimed to be the UK’s largest permanent LED display. The ‘intelligent’ sign can interact with people on the ground and alter its messages according to the weather.

Your article “Sense and Sensibility” (MW September 18) highlighted some excellent examples of unusual PoP displays that looked to appeal to consumers’ every sense other than just sight. I do agree that these promotions are few and far between. But, that’s not down to lack of creativity and willingness among marketers and advertisers. More often […]

“Dear thorteen in the Big Brother hoose, and the hoosemearts are gettin’ in a tizzy. Torquen canna find his clean short, like, and Helen’s shearkin’ with norves. Meanwhile, Big Brother’s havin difficulty decidin’ howse CV isn’t a tissue of lies.” And while you’re deciphering that lot, the Diary will get on with the story. It […]