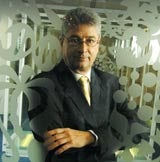 The Gallic tones of Frenchman Patrick Cescau are replacing Niall Fitzgerald’s gentle Irish burr as the voice of household goods giant Unilever. But some commentators are already cautioning in words the new chief executive will readily understand: “Plus ca change, plus c’est la meme chose.”

Roughly translated, it means the massive changes that Cescau announced to Unilever’s organisational structure last week may end up leading to more of the same stagnation that has plagued the company over the past two years.

The dissonance between strategy and implementation, identified by Cescau as a central cause of the crisis facing Unilever, has always been at the heart of the company’s problems say some sceptics. They don’t see how the new structure will address the crisis any more effectively than previous attempts.

Others say this underestimates the radical nature of the changes Cescau is making. They believe the reorganisation will leave Unilever well placed to take on a rejuvenated Procter &amp; Gamble, fresh from its Gillette acquisition, a fired up L’OrÃ©al and a “grimly determined” Colgate-Palmolive. They say the new, simplified matrix structure is similar to one operated by P&G, which after a number of attempts, has managed to get the balance right.

A multinational brand owner is a double-headed beast. On one side are the intellectuals, the soft-focused branding bunnies creating advertising and branding. On the other are the hard-nosed sales people in combat with supermarket buyers over listings and prices. Ensuring the bunnies and the street fighters have their work clearly delineated is where Cescau believes Unilever has failed.

The depth of the crisis facing the company was underlined in the full year results for 2004, announced last week. Profits before tax crashed 36 per cent to E2.9bn (£1.9bn), with turnover slipping two per cent to E42bn (£28.9bn). Turnover in food was down three per cent, and in home care it was down three per cent. The good news was in personal care, where sales rose one per cent.

Cescau believes the Path to Growth strategy, a five-year plan introduced in 2000 to slim down the product portfolio and improve annual sales by five per cent, succeeded in pruning brands and costs and did quite well on maintaining operating margins, but it failed to provide sufficient advertising and promotional spending.

Slow off the mark

Ultimately it failed to deliver growth because the company became “boxed in by too many targets,” he says, and adds: “We were too slow to adjust our pricing and increase support investment. Our execution has not always been good enough at the sharp end of the business.” Focusing on a few top-performing brands has led the company to neglect certain “market segments and price points”, so rivals have been able to nip into the gaps, leaving star brands isolated and assailed by competition on all sides. Unilever will be slashing prices, especially in foods and household cleaners, to take on discount retailers and retailers’ own-label products particularly in Europe (MW last week).

Cescau’s accession to the newly created chief executive position and his elevation above former co-chairman Antony Burgmans, who has been sidelined in the new structure as non-executive chairman, was widely trailed. The old “marketing by committee” structure is being replaced by a more top-down, command and control system.

As Cescau explained last week: “Today we have an organisation that is not sufficiently differentiating the roles of those who create the mix, prepare advertising and shape marketing, and those who execute in the market. As a result we are too slow in rolling out big ideas, we spend too much time in discussion.”

Under the old sprawling committee system, Unilever had two divisions, health and personal care (HPC), and food. Each division had its own marketing president (Simon Clift for HPC and Anthonie Stal for Food) and a business group president for each global region. In all, Unilever’s senior structure had 26 executives. But this is being slimmed down to just seven. Clift and Stal are believed to be staying with the company in similar roles, though they may be stripped of their financial responsibilities.

There will be three regional presidents, Harish Manwani for Asia and Africa, former Birds Eye UK boss John Rice for the Americas, and Kees van der Graaf for Europe. Each will have profit responsibility for the region and be in charge of bringing goods to market.

There will also be two category presidents on the top team. These are the brand bunnies. HPC will be headed by Ralph Kugler, tipped by some as a future chief executive, and food by Vindi Banga. These two will be responsible for Unilever’s brand strategy and advertising.

While three former board members are resigning – including corporate development director Clive Butler – it is unclear what happens to the 20 former executive committee members who lose their positions.

The new structure is bringing on the next generation of senior managers. And some think it represents a big leap for Unilever. David Lang, an analyst at Investec who has followed the company since 1969, says Unilever’s organisational structure has always been a problem. It has been reorganised recently first in 1996 and 2000. “Now there is another major change. The previous change didn’t get around the problem of fragmentation. Unilever was still operating on too local a basis and power rested with the regional management. I don’t think people realise how arthritic the previous structure was.”

But another observer believes the new way will still have all the tensions of any matrix system of global brand management, where rows of regional management criss-cross and intersect with columns of strategists. He adds that the nodal points where management and strategists meet up are the 69 “innovation centres” dotted around the world that specialise in innovation. “I suspect Unilever will streamline the number of these centres.”

Innovation is one of Unilever’s biggest challenges. Last week’s results from rival cleaning products group Reckitt Benckiser show how new product development is driving its growth – sales volumes were up eight per cent while profits before tax rose to £770m from £660m. But Unilever has been trying to slim down its portfolio rather than extend it. Now it will have to “fill in” the portfolio, stretching brands across categories with small innovations and spin-offs.

Personal care has been Unilever’s most powerful category, with the likes of Dove, Lux, Lynx/Axe and Sunsilk performing strongly. Rival P&G has all but abandoned the troublesome area of food, which is where Unilever – and others – is really suffering at the hands of global retailers. But Unilever has too much invested in food to divest the interests. A break-up of the company would be a sign of failure.

Cescau reassures that 2005 will be “the year that we put the consumer back at the top of our agenda”. Unilever’s success in doing this will be a measure of whether the structural changes open the floodgates to creativity and executional strength, or simply reinforce the stultifying bureaucracy of the past.