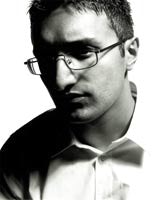 AKQA, a leading Web agency, has laid off 36 staff at its San Francisco office.

Ajaz Ahmed, the founder and former chief executive of AKQA, and now its chief marketing officer, says the redundancies “are reflective of the state of the industry”.

The US job cuts come soon after a major restructuring of AKQA saw it transformed from an independent UK company into part of a joint venture backed by Accenture (formerly Andersen Consulting).

AKQA’s San Francisco office was formerly known as Citron Haligman Bedecarré (CHB), a US advertising agency. The two other companies that were combined to form the newly named AKQA Inc were Magnet Interactive, a US Web agency and The AdInc, an Asian Web agency.

The restructuring was presented by Ahmed as a “strategic alliance” when he announced the deal in February, but he has refused to elaborate on the financial details of the venture.

Ahmed denies industry rumours that CHB was in “serious financial trouble” when it merged with AKQA. Ahmed adds: “CHB made a profit in 2000.”