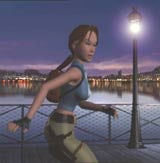 Clark’s appointment has led to the departure of Eidos European marketing director John Davis. It is not known whether he has a job to go to. It is understood a number of Eidos staff have also left as a result of the restructure.

Clark was marketing director at SCi before the merger and it is understood that he will take on responsibility for global marketing at the merged company, which will be known as Eidos.

The merger has created the UK’s largest video games publisher. Eidos is known for its iconic games brand Tomb Raider and more recently the Lego Star Wars game. The combined group has a market value of &£245m and employs about 800 staff in eight countries.

Earlier this year, SCi announced that sales had dropped by 36 per cent from &£9.4m to &£6m in the six months ending March 31. It cited poor back-catalogue sales, particularly in the US, as the main factor for the poor performance. Pre-tax losses rose from &£100,000 to &£3.8m.

The results did not include Eidosand the merged company will report its first combined figures later this month.

Express Newspapers and Northern & Shell owner Richard Desmond has appointed MediaCom US to handle the $10m (Â£5.6m) media account for the OK! magazine launch in America.

Barclays has appointed Deanna Oppenheimer from US bank Washington Mutual, where she was said to have made branches more like Starbucks cafÃ©s than banks, as its UK banking chief operating officer.

Ever since Heinz announced that it is suspending its consumer marketing, premature obituaries have been written about food advertising on television. Brand-building food communication has a future, but agencies and businesses need to be a litt