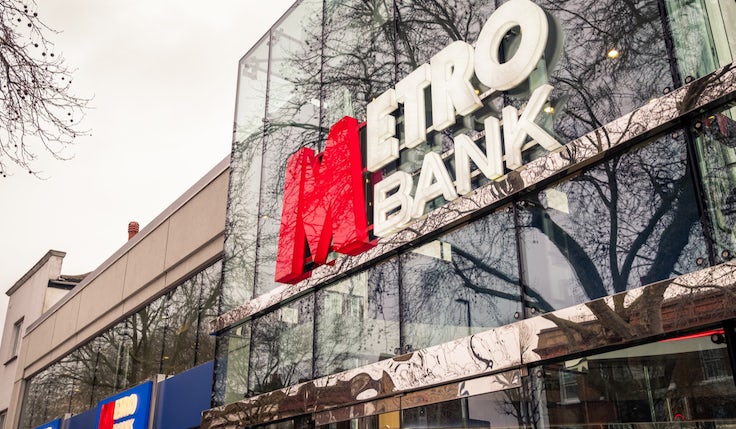 Metro Bank’s high street branches are pretty hard to miss with their bold red and blue branding, and floor to ceiling windows.

That is certainly the case for its branch in Holborn – also its first – which occupies a premium position right on the corner of the main intersection. It is also its head office, a fact that is not all the clear from the outside but is hinted at with a wide stairway at the bank of the branch that leads up to a series of offices that make up the company’s headquarters.

Metro Bank was one of the first waves of challenger banks that launched in the aftermath of the financial crisis. Its purpose upon creation was to “create fans”, explains brand and marketing director Jess Myers, which means its focus has been on the customer experience rather than building its brand.

Over the past 10 years, Metro Bank has expanded, particularly in London and the South East, and has just opened its 73rd. Unlike most of the rest, though, this branch is in Cardiff and the bank is increasingly turning its attention to locations outside its heartland.

Given its increasingly national business, Metro Bank felt it needed to drive up brand awareness and start to talk up aspects of its customer experience that it feels differentiate it. That includes features such as its opening times (which are 8am to 8pm on weekdays), free coin counting machine and the fact people who open an account can walk out of a branch with a debit card.

“Our purpose has always been about creating fans and by doing that we focus on delivering an extraordinary experience for customers through everything we do in stores, products and services we create,” Myers tells Marketing Week.

“It felt like the right time to start communicating en masse to our customers and non-customers about how we are and what we stand for, and start to position products and services we have, and how Metro Bank is different to other banks on the high street.”

Myers joined the bank just a couple of months ago from RBS in a new role aimed at solidifying the role of marketing. Previously, its marketing had mostly been focused on customer communications, local events and social media, as well as “delivering the brand through our stores”. But with its 10th anniversary and expansion plans it saw a chance to communicate its brand more widely for the first time.

Its first brand campaign, created by agency Mr President and called ‘People-people banking’, includes outdoor advertising that features real Metro Bank staff and talks up its points of difference. It is also running a campaign in cinemas that aims to “bring to life” its proof points and show how Metro Bank is “part of the fabric of a community”.

Metro Bank feels its people and its focus on customers separates it from both the traditional high street banks that are shutting branches and the new wave of fintech startups that are focused on automation. And so the campaign aims to celebrate “the people at the heart of banking”.

“We know from our research that customers feel that the other banks are designing customers and people out of the process. They are closing branches, removing themselves from local communities, pushing people into automated services,” explains Myers. “Metro Bank is designing people back into banking. That is what separates us.”

With its first foray into brand marketing, Metro Bank is having to create a base line for what success looks like. It has four key objectives – colleague pride, brand awareness, brand consideration and current account growth – but admits this first wave of work will need to be a learning exercise for the team and the business.

“We are measuring everything we can but this is the first time we have done a campaign so we are creating our baseline,” says Myers.

Marketing and finance teams need to work hand in hand because marketing is about delivering growth and revenues. We are not a cost centre.

“[The campaign] finishes on 31 March and at that point we will take a moment to plan what comes next. This is the first step not the last, so we really want to understand how it is landing with customers, if it is delivering the proof points and if they are the right proof points.”

How marketing can work with finance

Myers has been much in demand since she joined, working closely with store managers, divisional directors and staff who work in call centres to understand the customer experience and therefore what its marketing communications should focus on.

One relationship she is keen to cement is between marketing and finance. Given this is the first time the company has had a brand and marketing director and the first time it has launched a major campaign, it is upping its investment. But Myers wants to be clear on the focus on effectiveness and working to deliver business objectives.

“Marketing and finance teams need to work hand in hand because marketing is about delivering growth and revenues, so how can we make sure we are seen investing in the business. We are not a cost centre,” she says.

Myers has worked in financial services marketing for her whole career. While at university she took a year out on placement and was one of our four people to get a spot on American Express’s internship programme. She was offered a job on their graduate recruitment scheme but turned it down to instead move to Australia.

She spent nine years there working for the Commonwealth Bank of Australia before making the decision to move back to the UK with her husband and son. Back in London, she worked as head of brand management at RBS on brands including NatWest, Coutts and Ulster Bank under CMO David Wheldon.

“You can’t do anything without having a financial product and we shouldn’t see that as a burden. It should be about making people’s lives easier.”

The FMCG giant plans to invest more of its marketing spend on “communication that is explicitly purposeful” as part of its growth framework for the next few years. 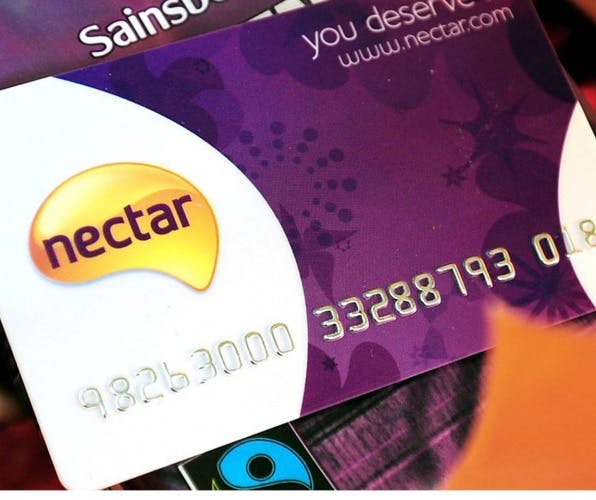