The newspaper is developing a social strategy that will ensure social media is a driver for all areas of the business, rather than simply focusing on directing users to its content via social media channels.

Metro has created a new role – head of insight and social media – to lead and develop the strategy. The incumbent will work to analyse reader conversations on its Facebook, Twitter and other social platforms to help inform brand, product and marketing developments.

The newspaper’s marketing team has placed a focus on driving audience numbers to Metro’s social platforms in recent months, having brought its letters page further forward in the paper and with campaigns and promotions that reinforce its product propositions in other areas. Examples include a recent competition to win a Kindle when the paper launched its e-Ink version and an iPhone competition when its latest app was launched.

Metro launched its Facebook social app in June, which to date has been used by more than 60,000 readers. Its Facebook page has almost 95,000 fans.

A Metro spokeswoman says: “To put this all into context, while a Facebook post might have received five comments and 10 likes a year ago, we’re now regularly seeing comments, likes and shares in the hundreds.” 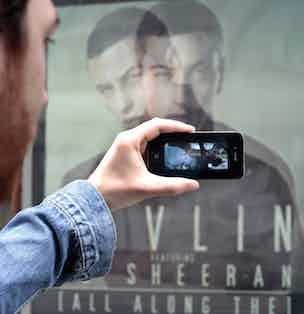 Ed Sheeran and UK rapper Devlin are to use Aurasma’s augmented reality (AR) app to release a single that gives fans exclusive access to video content and downloads via an outdoor ad. 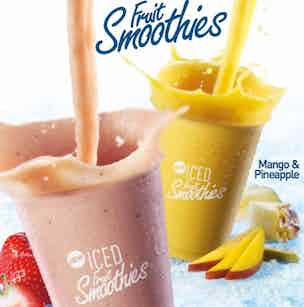 McDonald’s has ditched Innocent smoothies in favour of its own range of fruit smoothies.