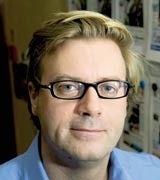 Constantine, former marketing director of The Times and The Sunday Times, takes up the position immediately and has responsibility for consumer and business marketing of Metro.

Metro International publishes free tabloid newspapers under the Metro brand in 50 cities outside the UK.

Constantine reports to Metro president and chief executive Pelle Tornberg. Before working on the Times newspapers, Constantine was marketing manager for The Sun and News of the World.

Following the collapse of Talkcast, Constantine worked with Xtempus, which acquired Talkcast’s wireless marketing division. He has been involved in several new media ventures, most recently Wi-Fi network The Cloud.

The ads emphasise the reach of the company’s 20 free morning editions published in 11 European countries and the quality of its urban commuter audience.

How would a member of the ASA and trustee of Barnardo’s feel about the former’s investigation into the latter’s campaign?

Official watchdog the National Lottery Commission (NLC) has ordered UK lottery operator Camelot to take special measures to protect under-16s amid fears that a range of new scratchcards could tempt children into gambling. Recently, Camelot has launched a series of scratchcards linked to children’s themes. Last week it announced a tie-up with the Lord of […]

Buffalo Creative has designed several placard images on behalf of the Campaign for Nuclear Disarmament, to be used in Thursday’s (tomorrow) demonstrations against US President George Bush’s visit to London.