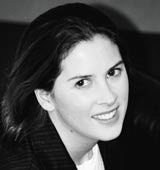 Metro, the free urban newspaper, has appointed its first board-level marketing director with the promotion of head of marketing Karen Wall to the newly created position.

She takes up the post as Metro prepares for the launch of editions in Bristol and the East Midlands, adding to its nationwide urban distribution. The paper now claims to have the fourth-largest circulation in the UK, distributing nearly 1 million free copies to commuters each morning.

Wall will report to Metro’s managing director Steve Auckland and will oversee consumer and trade marketing. One of her first moves is the launch of a consumer advertising campaign, which kicks off this week in Newcastle with the strapline “News at the Speed of Life”, and runs on posters and radio. It was created by Barrett Cernis.

Wall joined Metro in 1999 after working for Northcliffe Newspapers, the regional arm of Metro’s parent Associated Newspapers. She has led the marketing department since the defection of marketing director Linda Grant to Capital Radio, where she became strategic marketing director and was recently promoted to commercial managing director.

Wall says Metro’s marketing strategy has been “not just about driving readers to pick it up, but driving the right people to pick it up”. This has been achieved by backing events, such as the Edinburgh Fringe Festival, in the different cities where it has launched.

General Mills, the US food giant, has revealed plans to introduce a number of low-carbohydrate versions of its products including its potato and dessert ranges. The products will only be available in the US.

NBC needs to find successors to Friends and Frasier, which have anchored its schedules for years, but spin-offs have a patchy record, writes Polly Devaney