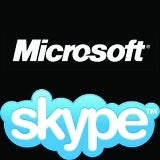 The technology giant says the sale had been approved by Microsoft and Skype’s boards of directors and they have now entered a “definitive agreement”.

Skype will become a division within Microsoft of which Skype CEO Tony Bates will be president, reporting to Microsoft CEO Steve Ballmer.

The Skype service will be bundled into Microsoft’s suite of online services, such as Xbox, Kinect and its Windows Phone platform.

Ballmer says: “Together we’ll create the future of real-time communications so people can easily stay connected to family, friends, clients and colleagues anywhere in the world.”

Industry experts have warned that the price tag is way in excess of Skype’s value because it has debts in excess of $686m (£419m) and little in the way of paid-for revenues.

A statement on the deal released by research firm CCS Insight reads: “The price reflects Microsoft’s determination to rival Facebook and others in social network wards. Microsoft must clarify how Skype will fit with its services, such as Windows Live and Messenger.”