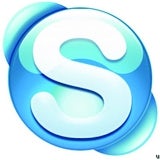 Neither Microsoft nor Skype has yet to publicly comment on the deal after reports emerged late yesterday evening.

However, sources close to the proposed takeover claimed an $8.5bn (£5.2bn) purchase, that would see Microsoft assume Skype’s long-term debt, could be announced today.

If the reports are confirmed the deal would be Microsoft’s largest-ever purchase including its 2007 takeover of online advertising company aQuantive.

However, industry experts have warned that such a price tag would be way in excess of Skype’s value given it has debts in excess of $686m (£419m) and has little paid-for revenues. Although, some have suggested that Skype’s service could be bundled into Microsoft’s Xbox suite of services.

Facebook and Google have also been previously linked to making takeover bids for the VOIP service.