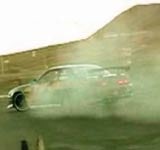 Microsoft’s latest game for the Xbox, Forza Motorsport, is being launched across Europe with what digital agency AKQA claims to be the world’s first full-screen television-style broadcast over the internet.

The technology behind the Forza Motorsport Channel – www.fmc.tv – is provided by the Akamai EdgePlatform. Mark Dawson, outgoing AKQA account director for Xbox, says the technology “provides huge bandwidth, allowing us to push out 35 minutes of non-stop footage. It’s not like downloading – there’s no waiting time, it’s instant.”

Dawson adds: “Motorsport gaming is a very crowded and competitive market. Microsoft has produced some extremely high-quality films about tuning and petrol-heads, and this seemed to be the best way of reaching our core target market.” It is likely that the films will also be used on TV later.

Forza Motorsport enables players to create and customise their own virtual racing cars and then compete with other players. There is a wide selection of components, including body types, engines, tyres and even paintjobs (there are apparently over 600 graphic overlays available) and players can adapt their designs to fit track and weather conditions.

The 30-minute multi-lingual, pan-European programme has been designed to appeal to petrol-heads and hard-core gamers alike, says Dawson. Hosted by an MTV-style video-jockey, the TV “channel” will feature exclusive content, including game developer diaries; “how to” sessions on getting optimum performance by fine-tuning designs; and films on real racers who modify high performance cars.There will also be an interactive area with a section where gamers can submit their best designs in the hope of being named a Top Tuner, if their car is among the best in Europe.

This is the first time the technology has been used for advertising purposes, according to Dawson.