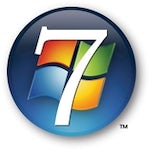 The software giant says it made a net profit of $4bn (£2.6bn) and says it had also seen “strong growth” from its Bing search engine business and XBox Live. Sales hit a record $14.5bn (£9.4bn), up 6% on the same period a year earlier.

In the UK, Microsoft has invested millions into pushing its products using the “I’m a PC” advertising series. The ads now also showcase Internet Explorer 8, following the EU’s decision to force users to make their own browser choices, and Hotmail, its online e-mail service.

Microsoft says Windows 7 has proved to be Microsoft’s best-selling operating system to date after the disappointing Vista launch. Initial YouGov figures suggested its marketing had helped to boost interest in the product.

The company also recently decided to push its search engine Bing in the UK using TV ads and sponsorship of The Simpsons.

“Windows 7 continues to be a growth engine, but we also saw strong growth in other areas like Bing search, Xbox Live and our emerging cloud services,” says Microsoft chief financial officer Peter Klein.

“Business customers are beginning to refresh their desktops and the momentum of Windows 7 continues to be strong,”adds chief operating officer Kevin Turner.

Microsoft is the latest technology company to report earnings results.