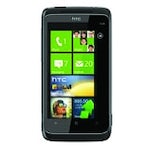 The new phones, which in the UK include the Samsung Omnia 7, HTC HD7 and LG Optimus 7, integrate with other Microsoft products including Xbox LIVE, Microsoft Office Mobile, recently relaunched music platform Zune, Windows Live and the revamped search engine Bing.

The phones include a specifically designed People Hub, which aims to allow easier access to social network sites. Accompanying the launch will be a series of TV ads, which you can watch here.

Microsoft CEO Steve Ballmer says the aim of the phones is to give people access to the information they want “in fewer steps and providing timely information in a ’glance and go’ format.”

The handset launch will be backed by a campaign that kicks off in Europe tomorrow (12 October).

XBox games creator Electronic Arts announced its games titles that will be Windows 7 phone enabled, including Need for Speed, Undercover, Tetris and The Sims 3.

Further handsets are due to be launched available in early 2011.

Ballmer said last week that tablet devices using Windows will launch by the end of the year as the company ramps up its mobile strategy.

Tom Alexander, CEO of Orange and T-Mobile joint venture Everything Everywhere called the new phones “a step-change for the industry.”

Earlier this year research showed that sales of phones using Google’s Android platform, were already outstripping those of Apple’s iPhone.

Google has posted better than expected third quarter results, with revenues up 23% on last year. 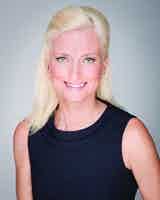 On behalf of the Marketing Academy, we are delighted to announce that Sherilyn Shackell has been shortlisted by the Women in Marketing Awards as the New Female Marketer of the Year 2010.