The fury erupted after the console manufacturer published the open letter on the Xbox One website that was designed to let gamers customise the wording and then email it to their other halves, with the presumption that it would be males sending it to their girlfriends.

The letter read: “Not Sure if you’ve heard but Xbox One is now available… I know you’d rather knit than watch me slay zombies but hear me out on this. Xbox One is actually for the both of us.”

The letter then prompted a social media backlash with criticisms on Twitter ranging from “lame” to “cringe-worthy”.

The official Twitter account of influential gaming site Den of Geek comments: “Er, this isn’t a spoof. Staggering, Microsoft’s designed a letter to send to your other half if you want an Xbox One.”

Xbox has since apologised publicly for the “oversight”. 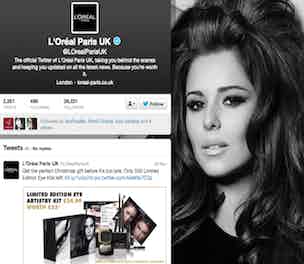 L’Oreal has promoted the top marketer for its Americas region Marc Speichert to the role of global chief marketing officer with a remit to ramp up its investment in digital media.