Shoppers have flocked to the discount stores since the recession took hold with an increase in middle class customers coming through the door.

Poundland has seen a 22% rise in customers from the more affluent AB demographic as the middle classes seek out bargains in the face of tighter household budgets, according to the BPF.

In January, the retailer announced it was to open 30 stores this year.

There are now 1,423 discount stores in the UK. Many of discounters have opened in former Woolworths and Zavvi sites made available after the two chains collapsed at the end of last year.

The easy availability of sites gave discounters an opportunity to open in prime retail locations.

Liz Peace, chief executive of the BPF, says: “Whatever opinions people may have about pound stores, they are growing in popularity and more importantly, generate jobs and footfall that benefits other retailers on the high street.

“The increase in discount stores represents a marked change in the psychology of shoppers. Rather than shopping for a particular good or commodity, people are going out with a set sum of cash knowing that they will be able to get a specific number of items,” she adds.

It used to be the case that second-hand items were only good enough for those who couldn’t afford to buy new. The feeling of opening a crisp, shiny new book was something that many weren’t willing to trade for a cheaper price. 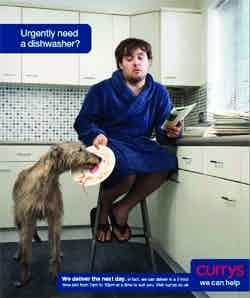 DSG International, owner of Currys and PC World, has seen double digital sales falls in the UK, but has been buoyed by a strong performance in the Nordic region. 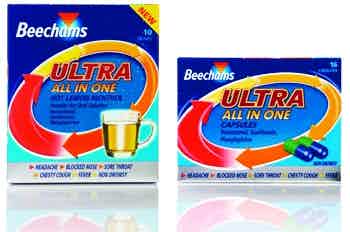 Beechams, the cold and flu brand owned by GlaxoSmithKline (GSK), is launching a new range called Beechams Ultra All in One, backed with a £6m marketing spend.