Middle managers are often the first victims of cost-cutting. But thinning-out this management layer can be a short-sighted move.

Middle managers are figures of fun. It goes with the territory. The conflicted behaviour that results from being sandwiched between the needs of a team and the demands of a boss is natural comic material. Watch five minutes of The Office’s David Brent in action, and you have the whole story in a nutshell.

Of course, the comic trope of the middle manager on TV is nothing new. Before faking his own death some time in the 1970s, Reggie Perrin held a middle management marketing position at Sunshine Desserts.

You could even argue that the tragi-comic middle management archetype traces its roots back to Charles Pooter, the anti-hero of the 1889 classic The Diary of a Nobody.

Scott Adams, the creator of comic strip Dilbert, once opined that management is ‘simply a means of removing morons from the productive flow’. It seems he’s not alone in his low opinion of middle managers. They are a principal target of civil service and local authority downsizing. And whenever efficiencies and ‘synergies’ are sought in marketing departments, it’s the people in the middle who often pay the price.

The prejudice that middle managers are a waste of space originated in the management theories of the 1970s and 1980s. Influenced by information age prophets like Alvin Toffler, many suggested that new technology made middle management redundant. The idea was that firms could be more profitable if only they ‘delayered’. In a delayered structure, the intent of the C-suite would be communicated directly to the shop floor through miraculous new wonder-media such as mass email and PowerPoint.

However, there is a strong body of evidence to suggest this thinking was flawed. The popularity of ‘delayering’ may have been due in part to the fact that it helped propagate the idea of the transformational chief executive. If only middle management would get out of their way, they could achieve miracles for shareholders.

New research suggests that CEOs may have over-estimated the impact they make on business success. Using regression analysis, academics Marianne Bertrand and Antoinette Schoar have shown that CEOs have barely more than a 4% impact on firms’ operating return on assets. CFOs have even less. Perhaps fortunately, CMOs were absent from the study.

Paul Osterman of MIT, author of The Truth About Middle Managers, calls middle managers ‘the glue that holds companies together’. It’s a military truism that generals win battles, but sergeants win wars. As an outside observer of more company cultures than I care to remember, I cannot help but agree.

From my experience, middle managers in marketing perform three vital but undervalued functions. First, they are the translators and interpreters of the marketing director’s vision. Too often I have seen organisations where a CMO’s vision leaves junior staff inspired, but utterly clueless about what they can do to achieve it.

In its worst manifestation, a kind of bizarre cult develops. The CMO mentions the need to ‘put customers at the heart of our marketing.’ And from that point forward, every junior in the department makes it their mission to ensure that all communications feature a picture of a customer. Of course, I exaggerate for emphasis. But only a little.

Good middle managers can prevent Chinese whispers and well-meaning misinterpretations of the marketing director’s intent. They can also help senior directors by saving them from unnecessary issue escalation and constant requests for clarification.

The second vital contribution of middle managers in marketing is as educators. Juniors need to learn a whole host of marketing craft skills, from briefing an agency to evaluating creative work and interpreting research. CMOs rarely have the time or the inclination to do this. But middle managers do. Or at least they should.

To return to that military analogy, it’s not the generals who teach soldiers fieldcraft and skill-at-arms. It’s the sergeants. Indeed, some historians argue that the victory of the nationalists in the Spanish Civil War was due to the fact that many junior and senior officers chose their cause, while the generals tended to side with the Republican government.

The third and final thing that I’ve seen good middle managers bring to the marketing party is an ability to put together great teams. Despite the fact they are not necessarily innovators or creative people themselves, thoughtful resource managers can have a bigger impact on the quality of a team’s output than even its most celebrated star performers.

You can find a string of brilliant examples in the inspirational Warren Bennis book Organising Genius. Walt Disney was allegedly incapable of drawing Mickey Mouse unaided, but he could put together a team that created a whole new art form. Robert Oppenheimer may have been the scientific brains behind the Manhattan Project, but it took the project management ability of a General Groves to get theoreticians and engineers to work together.

They say all comedy is rooted in conflict, and the life of a middle manager in marketing offers no shortage of that. Conflict between organisational hierarchies; between goals and executional realities; and between the dreamers and the doers.

Despite all of this, it seems that middle managers, often the butt of jokes, deserve to have the last laugh after all. 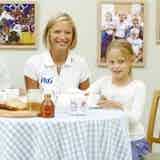 Playing it safe is perhaps the most popular way to navigate choppy waters and there is certainly comfort and reassurance in turning to tried and trusted solutions. Just ask football managers Arsene Wenger and Sir Alex Ferguson, who last week turned to semi-retired legends of the past to boost their playing squads for the challenges […] 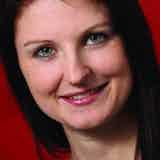 Last year, online sales totalled £68bn – 16% more than the previous year. The growth of online sales is expected to slow down in 2012, with the IMRG and Capgemini predicting 13% growth this year, but that said, it seems as though all the growth in the retail sector in recent years is coming from […]