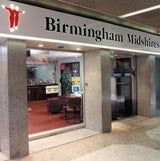 The Halifax-owned building society is seeking a fresh approach as it repositions itself as a specialist mortgage lender. The company is considering consolidating all of its advertising into one agency.

The pitch is being handled by the AAR.

The move follows the appointment last month of Tim Hague as head of savings and investments marketing. Hague and marketing director Tony Crawford will oversee the final stages of the review (MW September 27).

The building society was bought by the Halifax bank in 1999 and is seeking to carve a niche for itself by offering, among other products, buy-to-let mortgages and expatriate loans.

Birmingham Midshires employs more than 2,000 people and manages assets worth more than &£10bn. The society’s branch network is concentrated in the West Midlands, North-west and South-west. It also offers postal and telephone savings accounts.

Well-constructed promotions work to drive increased sales, but all too often are not considered worthy of huge budgets. Brands and agencies need to review their lukewarm attitude to advertising support for promotions

Compaq has made ten marketers redundant, including head of interactive marketing Lesley Mason, who does not have a job to go to. The PC manufacturer, which has until now had a 100-strong marketing team, blamed the redundancies on the downturn in demand for IT equipment that began this year. The redundancies are mainly among middle-ranging […]

The number of golf courses has rocketed in recent years, and Centrica’s launch of Golf England is a vote of confidence in the sport. But there’s plenty to do to make the grass greener on the fairway