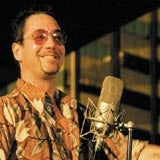 SABMiller is talking to agencies about a global strategic and positioning brief for American beer brand Miller Genuine Draft.

The search is being overseen by SABMiller brand communications director Charlie Hiscocks and group marketing director Mark Sherrington. A number of UK agencies are understood to have pitched for the business. The brand’s global advertising spend is about $240m (&£130m). The successful agency’s work will be implemented by Miller’s local agencies.

At the time of Miller’s purchase by South African Breweries, for $5.6bn (&£3.1bn) in 2002, it was indicated that the Miller brand would benefit from increased marketing support to compete with Anheuser-Busch’s Budweiser.

Scottish Courage owns the licence to manufacture and market Miller Genuine Draft in the UK, and the brand was introduced to the Italian market last year.

Rainey Kelly Campbell Roalfe /Y&R created the Miller Genuine Draft’s last UK advertising in March 2003, but it has since won the global advertising (excluding the UK) for rival beer brand Carlsberg, leaving Miller without an agency of record in the UK. The brand has been supported by live music-related sponsorships and a tie-up with IPC Media-owned NME.