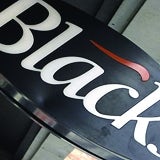 The group, which operates outdoor clothing chains Blacks and Millets, is introducing trading and buying directors and has appointed a new ecommerce director.

Ralph Percival, former head of web strategy for DirectGov, will replace Giles Delafield as ecommerce director in the new year. He has previously led ecommerce operations at Dixons and Jessops.

Pippa Newham has returned to the group to take on the new role of buying director to build Millets¹ clothing ranges and Blacks¹ “aspirational” brand-led collections. She has previously acted as head of clothing at the Blacks Leisure.

Robin Gartshore steps up from footwear category director to become trading director. He will take responsibility for the group¹s merchandising.

The group underwent a company voluntary agreement in 2009 which saw it avoid administration by closing 100 loss-making stores. In its most recent results, the group reduced its operating losses to £7.1m from £8.7m in the six months to 28 August.