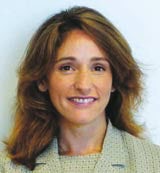 The agency pitched against Zenith Optimedia and Manning Gottlieb OMD. The industry had expected Manning Gottlieb to pick up the account, because ITV’s new marketing director Clare Salmon has previously worked with the agency.

Incumbent Starcom resigned the business in February, when Salmon put the brief up for review. Starcom had worked on the business for a decade, but its relationship with ITV had recently come under strain.

ITV’s advertising agency, Bartle Bogle Hegarty, also resigned its account after Salmon, who joined the broadcaster at the end of last year, appointed M&C Saatchi to work on a branding project. It is thought that Salmon is using M&C Saatchi as well as a number of roster agencies. The former AA financial services managing director may decide to hold a formal pitch later.

ITV is planning a big marketing push for ITV1 this spring, in an effort to boost ratings for the channel – which have slumped severely over the past few months. ITV1’s total audience was down by ten per cent for January and February, compared with the same period last year. In its defence, ITV claims that the 2004 figures were exceptionally high, as it ran hit show I’m a Celebrity… Get Me Out of Here! at this time last year.

The broadcaster plans to launch a new men’s channel, ITV4, later this year to add to ITV1, ITV2, ITV3 and ITV News.

Britvic Soft Drinks is rebranding its 7UP Light fizzy drink as 7UP Free in response to Coca-Cola’s newly invigorated diet brands. Coca-Cola is relaunching its Dr Pepper, Fanta, Lilt and Sprite “lite” and diet variants under the umbrella brand Z – standing for zero added sugar. The relaunched products will appear on shelves in mid-April […]