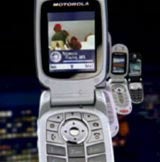 MindShare is understood to have scooped the European business for Motorola’s $150m (&£83m) global media planning and buying. The agency handles media for rival Samsung, but it is thought that the conflict issue has been successfully addressed.

It was revealed last week (MW last week) that Carat had retained the business in the US and MindShare in Asia, but that they were going head to head for the European account. UK incumbent Universal McCann was eliminated from the pitch at an earlier stage.

Motorola denies a decision has been made, but it is thought MindShare’s appointment will be confirmed in the coming days.

The world’s second-largest handset manufacturer called the review earlier this year to consolidate its global roster from nine to two agencies (MW June 16). It said at the time that the review was part of an “overall global marketing optimisation initiative” taking place at the company.

Motorola moved its US media planning and buying into Carat from Universal McCann earlier this year.

News of the review came a month after 180 Amsterdam was appointed as the lead creative agency for its European advertising business (MW May 12). It is still unclear where that decision leaves Ogilvy &amp; Mather, Motorola’s main global agency since 2000.

The Guardian will relaunch in Berliner format on September 13, according to industry sources. The newspaper has booked television ad space for the week starting September 12.

Masterfoods UK has chosen Fiona Dawson, vice-president of snack food for Europe, as managing director of the UK snack-food business. She replaces David Teasdale, who has been promoted to general manager of Masterfoods Japan (MW July 28).