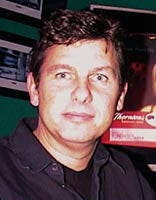 When Elisabeth Murdoch’s TV production company, Shine Entertainment, announced a deal with WPP’s media buying giant MindShare, we were told that the spur behind the deal was the fragmentation of television audiences, which is diminishing the power of conventional TV spot advertising.

While this is an odd thing to say in the current economy, the argument is based on the need to reach consumers in new ways. If the agency really believes the fragmentation issue, surely its media planners will now be presenting to their clients along the lines of: “Why spend all of this money on conventional TV advertising next year when you can make programmes? We recommend a nice little up-market series for 10pm on Sunday night, oh and by the way, any link between you and the programme will be really subtle and within regulations. And yes, Mr Client, we can get distribution on Sky”.

The reality of course is that none of this is new. Advertisers have long had the opportunity to create television programmes with production companies or broadcasters, irrespective of whether their media agency has a tie-up or not. And, in fact, many do.

Reasons for doing this range from securing merchandising opportunities to bartering programmes for commercial airtime. Sponsorship, when done well, also creates a relationship between the advertiser’s brand, the programme and the customer.

But television advertising does need a rethink. Integrating all the different forms of television communication and producing and placing the different types in a way in which they can all be brought into play is now important. Having a diverse range of production costs (without a centralised approach) and many different commercial relationships with various broadcasters is too inefficient. What’s needed is a holistic approach to building a brand and selling products through television.

The medium needs champions who not only understand the value of commercial airtime audiences, but who can innovate in the new environment. The agenda should be to involve TV viewers in a more personal way.

Those currently leading the way are the producers at the BBC and Sky, who are introducing interactive programming from Football to News (with many more genres to follow). This is being done in an imaginative way and viewers enjoy it. These techniques must be applied to advertising (accepting evolving regulation).

Will this happen within media agencies? In MindShare’s case, not if the client relationship is simply with Shine. WPP should ideally integrate its programming activity into overall communication strategies. But the problem with this, of course, is that this approach would almost certainly cannibalise budgets and not build additional revenues.