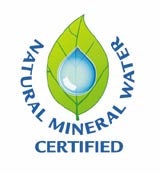 Members of the Natural Mineral Water Association (NMWA), including Danone Waters, Nestlé Waters, Spadel and Highland Spring, will introduce the image on some brands from next week.

Coca-Cola’s Dasani attracted negative media coverage once it became known it was purified tap-water. The drink was withdrawn when a batch was contaminated with an excess of the cancer-causing mineral, bromate. Just before Coca-Cola pulled Dasani the Food Standards Agency began investigating its claim that the drink was “pure” (MW March 25). The natural mineral water companies were vocal in their criticism of Dasani and its claims of purity.

The NMWA symbol, the first time the body has developed a generic logo, features an image of a leaf and a water droplet. The launch will be supported by a public relations campaign under the banner “Go natural” and the publication of a 12-page booklet available to the public explaining the origins and benefits of natural mineral water. The activity accompanies Natural Mineral Water Week, which begins on May 3.

A spokeswoman for the NMWA says: “As the bottled water sector grows there is confusion about what waters to choose. There are differences between bottled water and specifically natural mineral water.”