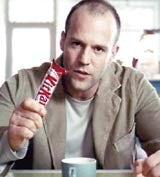 Without the connotations of guilt and greed, bite-sized versions of chocolate brands are giving consumers a good excuse to buy again, says David Benady

Confectionery manufacturers are employing ingenious techniques to get people to spend more money on their products. They are taking the guilt out of eating chocolate by shrinking established brands into bite-sized versions and watching as sales soar.

Nestlé Rowntree is expected to start a bite-sized foray in October with the &£7m launch of Kit Kat Kubes, mini-versions of the chocolate wafer bar. They will be available in big and small bags and a cube-shaped gift box for Christmas (MW last week). Observers expect Kubes to compete with Maltesers – whose sales increased by nearly a fifth last year to more than &£100m according to Nielsen – and Minstrels and Revels, as well as shrunken down versions of other brands.

A Nestlé spokeswoman says: “We can confirm there is going to be a big launch, but it is still in the planning stage. It is going to be Kit Kat bite-sized cubes, though the marketing spend has not been decided yet.”

Recent health concerns over weight problems associated with sugary and fatty foods have turned consumers away from the traditional heavy “countlines” such as Mars bar, which has been relaunched with a lighter formulation to halt plummeting sales.

There has been an assortment of bite-sized innovations from the big manufacturers, with launches such as Mars Celebrations and 5 Little Ones (now discontinued), Mini Chocolate Orange pieces, Dairy Milk Tasters and Milkyway Magic Stars, all sitting alongside traditional bite-sized favourites such as Maltesers, Minstrels and M&Ms. Observers say Mars products have been particularly successful in the bite-sized market.

These mini versions are designed to counter the feelings of guilt and greed that some in the industry believe many people experience when eating full-sized chocolate bars. The small sizes offer the chance of self-indulgence in moderation. One observer says the bite-size pieces “give consumers the ‘permission’ they need to eat more chocolate because the manufacturers ‘permit’ them to eat in moderation”.

According to AC Nielsen, the bite-sized sector of the chocolate market grew nearly 18 per cent last year to over &£290m while countlines – the segment including Mars bar and Kit Kat – slumped six per cent to &£790m. Tablet chocolate – moulded bars with breakable bite-sized segments, such as Cadbury’s Dairy Milk and Galaxy – increased 11 per cent to &£420m.

Katy Ryan, confectionery account manager at research company IRI Infoscan, explains the growth of bite-sized and tablet brands: “It is about portion control. People feel less greedy when they eat little bits at a time and that is helping in the moulded market because they break off little bits at a time. It helps them feel better doing it like that,” she says.

The fact that sales of these products are growing so strongly suggests that, rather than helping people eat less chocolate, they

are an attempt to get them to eat more. Ryan adds: “Maybe people are deceiving themselves that there is less greed attached to not eating big bars.”

She says these trends have helped rescue dwindling total sales of chocolate – IRI figures show that in 2001, UK value sales slid over five per cent on the previous year to &£1.84bn. But in 2002 sales bounced back 2.4 per cent to &£1.88bn, with the bite-sized and tablet segments the main force behind that growth.

The sharing ethos behind bite-sized brands such as Maltesers – illustrated in recent ads featuring young women humorously playing with their Maltesers in sharing situations – is another facet of this consumer self-deception. The ads attempt to overturn selfish feelings associated with chocolate. By sharing the sweets, consumers feel they are not “pigging out” or over-indulging, but are being generous and at the same time eating more healthily. Consumers may deceive themselves that by buying Kit Kat Kubes in a bag they can eat just a few and keep some for later and pass them round to their friends.

As Steve Greensted, worldwide director for Cadbury at Euro RSCG, says: “People buy these products to justify to themselves that they are going to share them. The truth is they are deluding themselves and are eating them themselves. And they are secretive about it. When you take a sneak look in people’s desk drawers at work, they have sweets stashed away.”

Marketers have long been aware of how manipulating the feeling of guilt can help them sell more chocolate. In the early Fifties, US brand guru Ernest Dichter instructed chocolate makers to introduce bite-sized pieces to combat the rise of low calorie products. He told the manufacturers: “You will be providing the excuse the consumer needs to buy a bar of candy – ‘After all, I don’t have to eat all of it, just a bite then put the rest away’. Seriously, we doubt the rest will be put away.”

Similar tactics have been used in other markets where people feel guilty about consuming products. Sales of low-tar cigarettes are growing fast. Camel brought out a shorter version of its cigarette in Germany called Camel Minis, and spirits manufacturers have long produced mini bottles of their brands.

Nestlé is once again encroaching on territory dominated by Mars – it took on Mars bar with Kit Kat Chunky in one of its most successful recent developments. It will no doubt be equally successful in getting people to spend more on chocolate by offering them less.