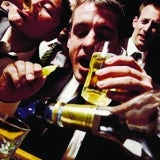 The Home Office is to introduce measures to prevent alcoholic drinks being sold for less than the duty and VAT that retailers pay on them. The cost of producing the drink, however, will not be included.

This means that a four-pack of lager could still be sold for as little as £1.70, spirits for £9 and wine for just £2 a bottle.

The coalition government vowed to take action to ban the sale of cheap booze in a bid to tackle alcohol misuse when it took office in May, launching a consultation soon after to define “below cost”.

The decision to opt for the duty plus VAT definition will please supermarkets such as Asda and Morrisons, both of which have introduced the same minimum sale conditions.

Producers are also likely to back the plans. The Wine and Spirit Trade Association and Diageo have previously called for a duty plus VAT solution.

Public health campaigners, however, have claimed that the plans will make no difference. Many doctors and health charities want to see a blanket 50p minimum price.

Don Shenker, chief executive of Alcohol Concern, says that the ban “will not go any way towards resolving this country’s binge drinking problem”.

He adds: “Duty is so low in the UK that it will still be possible to sell very cheap alcohol and be within the law.”

The British Beer and Pub Association says that the plans will not have a “significant impact” on the sale of low priced alcohol in supermarkets.

“With 70 per cent of alcohol now sold in the off-trade, there is a real need for the Government to do more to support the pub,” adds Brigid Simmonds, chief executive of the BBPA.