In a report published today, 8 January, the cross-party Health Committee calls for the introduction of minimum pricing, tighter and totally independent regulation of alcohol promotion and a mandatory scheme for alcoholic drinks.

The price per unit should be set at least 40p, according to the Committee’s recommendation – a move which it says would save 1,100 lives every year. Increasing it to 50p would save almost treble that number.

Currently, alcohol can be sold for as little as 10p a unit, which has seen three times as much alcohol drunk per head in Britain compared to the 1950s.

Dr Richard Taylor, one of the Committee members and MP for Wyre Forest, says setting a minimum price was “the only way to [reduce drinking levels among young people] and stop the “absolutely ridiculous promotions in the supermarkets”.

Of the major multiples, only Tesco was in favour of minimum pricing, according to committee chairman, Kevin Barron, Labour MP for Rother Valley.

Providing evidence for the report, Diageo, the maker of Baileys, Guinness and Smirnoff, said it was “wrong to paint Britain as a nation with an alcohol problem”. After poring over all the evidence available “in detail”, the Committee didn’t agree.

“The facts about alcohol abuse are “shocking” says the Committee with the response of a succession of Governments having ranged from “non-existent” to “ineffectual”.

Earlier this year, Gordon Brown, the Prime Minister, rejected calls by the Chief Medical Officer for a 50p per unit minimum charge.

The prime minister said that he would protect the interests of the “sensible majority of moderate drinkers”. This was not a valid excuse, says Committee chairman Barron who explains that a 40p minimum unit price would cost a moderate male drinker 11p per week.

The Health Committee has the following recommendations in relation to marketing and the drinks industry:

— Billboards and posters should not be located within 100 metres of any school (there used to be a similar rule for tobacco)
— A nine o’clock watershed should be introduced for television advertising
— Cinema advertising for alcohol should be restricted to films classified as 18.
— No medium should be used to advertise alcoholic drinks if more than 10% of its audience/readership is under 18 years of age (the current figure is 25%).
— No event should be sponsored if more than 10% of those attending are under 18 years of age
— There must be more effective ways of restricting young people’s access to new media which promote alcohol
— Alcohol promotion should not be permitted on social networking sites.
— Notwithstanding the inadequacies of age restrictions on websites, they should be required on any site which includes alcohol promotion — this would cover the sites of those receiving alcohol sponsorship. Expert guidance should be sought on how to make these age controls much more effective.
— Alcohol advertising should be balanced by public health messaging. Even a small adjustment would help: for example, for every five television ads an advertiser should be required to fund one public health advertisement. 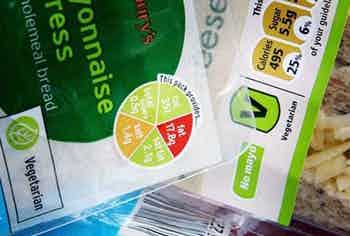 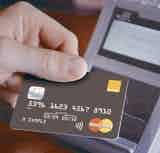 Orange is to launch its own contactless credit card, which will be operated and co-branded by Barclaycard.