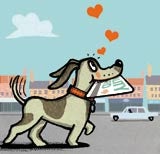 There is an old adage in marketing circles that if you want lifetime loyalty, you should buy yourself a dog, because consumers will never give it to you.

Companies spend huge sums every year trying to prove this saying wrong, with loyalty schemes designed to appease consumers’ fickle natures. Yet only programmes that continue to evolve to retain consumer interest and can offer perceived value year after year will stand the test of time.

The most successful schemes flourish because they are more than pure discount devices. The Tesco Clubcard and the Boots Advantage Card, for instance, combine database and consumer insight ideas with promotional strategies across all media, including the Web and in-store.

“Formats that can match customer profiles to spending patterns are the ones driving additional sales,” says TotalDM managing director Andy Wood who started the Homebase Spend and Save scheme in the 1980s. “Companies getting loyalty right are identifying trends and discovering who their most valuable customers are and who is becoming less important. They are then developing loyalty marketing strategies for each trend segment.”

Tesco was the number two supermarket, behind Sainsbury’s, before Clubcard was launched in 1995. The grocer realised it needed a scheme that would appeal to the majority of its customers, not just the highest spenders.

The chain has 12 million active card-users and has managed to retain shoppers’ enthusiasm by constantly improving its card offers. Clubcard holders can collect points at different partner companies, such as H Samuel, Beefeater and Powergen, and Tesco has emulated Somerfield’s loyalty key-fob idea. The fobs are increasing card usage, particularly among male customers who sometimes resent having too many cards cluttering up their wallets.

Data analysis for Clubcard is supplied by Dunnhumby, in which Tesco acquired a majority stake in 2001, allowing it to delve even deeper into the data. One early result of this deal was the creation of Tesco Lifestyles, a segmentation and modelling system based on customer shopping behaviour. This tool enables Tesco for the first time electronically to rummage through shopping baskets looking for products that indicate a particular lifestyle. Today, this information helps the supermarket to mould its Clubcard promotions and ultimately generate more spend per shopper.

Dunnhumby director of consumer strategy Martin Hayward says any company operating a loyalty programme can learn from Tesco. “You cannot run a scheme in isolation from the rest of the business. Clubcard is just part of Tesco’s overall philosophy of doing what is best for the customer,” he says. “Clubcard is seen by shoppers as a ’thank you’ from Tesco and part of the complete package. Retailers that simply bolt on a loyalty scheme will see it fail.”

The Boots Advantage Card was launched in September 1997, and 14 million of the current 18 million card-holders are considered active. Boots, which has invested more than &20m in Advantage and kept the concept simple, claims there is potential to double the number of card-holders.

As a mature scheme, it too has had to find new ways to keep consumers interested, especially as the supermarkets have poached some of its market share in toiletries and medicines. One significant development occurred in April 2000, when Boots teamed up with financial services company Egg to launch a combined loyalty and credit card.

Loyalty schemes can go in and out of favour with consumers, so operators must encourage active participation by ensuring the rewards are relevant, tangible and achievable. Companies should not expect a short-term financial return from these schemes, which are expensive to launch and to run. Most programmes require at least 60 per cent of shoppers to take part to be profitable.

Graham Burt, general manager at Maritz Loyalty Marketing which helps O2, HSBC and Toyota run their loyalty schemes, says: “You must engage consumers in the first three months, maybe by over-rewarding initially. After that, frequent communication is essential to remind people of the benefits and to gather more data so promotions can be better targeted.”

Caroline Wilde, managing director of Retail Marketing Partnership, which works with Catalina Marketing on Somerfield’s Saver Card, says companies must be careful how they tailor their “thank you” offers. “If there is too much free product given away, or there are tie-ins with irrelevant third parties, you risk making customers cynical,” she says.

Rather than being a points-based system, the Somerfield Saver Card offers immediate voucher rewards and incentives. It attracted three million users in its first year and 60 per cent of sales are now linked to the card. More than one million customers are targeted every week with offers adapted to their behaviour in store, and retention has improved. In March, Somerfield linked up with a direct marketing agency for the first time when it appointed WWAV Rapp Collins to exploit Saver Card data.

Catalina Marketing client services director Sheridan Thompson says marketers are realising non- points-based loyalty schemes can be just as successful in maintaining consumer loyalty. “Points programmes leave little scope for communication with the customer, but if a shopper is targeted frequently with relevant and redeemable vouchers, they are more likely to keep returning to the shop,” he claims.

Sainsbury’s Reward Card disappeared in September 2002 when the company became part of the coalition behind Nectar, joining partners such as Debenhams, Argos, Alton Towers and BP. Branding consultancy Corporate Edge helped to develop Nectar and director Peter Shaw insists, despite recent negative publicity over the departure of Barclaycard and Vodafone as Nectar partners, that the scheme is still a success. He says this success can be attributed to extensive pre-launch research to ensure consumers remained enthusiastic.

“We spent a lot of time investigating what motivates consumers to join loyalty schemes and why some work and others do not. The key was to offer value, but anything new into this market had to go further and be more aspirational,” says Shaw.

Operator Loyalty Management UK (LMUK) says Nectar cards are now active in 51 per cent of UK households. It has recently linked up with travel company Ebookers, so consumers visiting nectar.com can book flights and holidays, and it has launched Nectar for Business to encourage small companies to collect points.

“We achieved critical mass quickly because we made it easy to collect points. But people need to be reminded all the time how they can redeem points for products they want,” explains LMUK marketing director Richard Campbell.

LMUK wants to increase Nectar’s portfolio of partners to 25, but only brands that are number one or two in their particular market can join the coalition. To make Nectar less confusing, LMUK has reduced the number of reward offers from 65 to 45, covering travel and leisure, high street shopping and treats and gifts.

Another successful loyalty scheme which has survived the years is Air Miles. Formed in 1988, it now has six million collectors and more than one million people a year take advantage of free flights and leisure activities.

The Air Miles Travel Company is a wholly owned subsidiary of British Airways. Among its latest developments has been a link with Tesco, which is promoting Air Miles as an alternative to money-off vouchers when shoppers redeem their Clubcard points. In June, Air Miles launched an online shopping centre with partners including John Lewis, HMV and Dixons, to get more miles into the system.

Air Miles director of strategy and partnerships Duncan Olby says: “For a loyalty scheme to survive this long, you have to get the offer spot on for you and your partners. Over the years, we have improved things so people can now take free flights on any airline and, because we are still part of BA, we have a breadth of flights and deals available with BA that no other promotion can come close to.”

But what about some of the newest loyalty programmes, trying to tap into a crowded market?

Book promotions company The Bookshop Partnership entered this business last year and has worked with Heinz, HarperCollins and Laura Ashley to offer consumers discounts on a range of titles chosen by the clients using customer lifestyle data. “Books provide an opportunity for marketers to connect with their customers by offering something that appeals directly to an individual’s personal taste,” says managing director Polly Ernest.

Pigsback.com is a rewards-based website that launched in the UK in June after previously trading in Ireland. It offers consumers “piggy points” when they buy products from retailers such as Blockbuster, CD Wow! and Virgin Wines. The points are worth 1p each and can be redeemed against leisure gifts. In the first month, 45,000 people joined the site.

Consumers will remain faithful to brands they love, but they still need to feel they are in a two-way relationship and are appreciated. The companies behind the loyalty schemes that continue to drive sales year after year have learned this – and are aware of the dangers of taking their customers for granted.