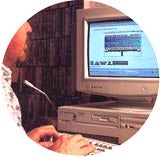 Marketers are spending more than ever in the UK to utilise the Internet in new ways, according to the summer 2000 Marketing Trends Survey (MTS) from the Chartered Institute of Marketing (CIM).

But a vast chasm exists between these companies and their smaller counterparts. Only 56 per cent of firms with a turnover of less than &£1m boast a site – a mere 2 per cent increase since the same question was asked 24 months ago.

Discrepancies can also be seen between sectors. While a blanket presence has been established in the service sectors and electronics organisations, only 50 per cent of companies engaged in the manufacture of chemicals, for instance, boast a site.

Having a website is rapidly being exposed as the tip of the Internet iceberg. Real maturity in e-commerce is increasingly manifesting itself through what that site is used to achieve, and how the Internet is employed as a business tool.

The way businesses use the Internet is also changing. The most dramatic trends are the increases of 26 per cent and 14 per cent respectively, in the usage of sites for promoting new products and events, and online ordering and sales.

In line with the increased utilisation of their web sites, companies admit to spending more than ever before on them. After a relatively modest rise of &£2,600 in the average annual expenditure on web sites between summer 1998 and summer 1999, a far more dramatic leap was made from summer 1999 to summer 2000. The average spend has risen by more than &£15,000 over the 12 month period.

Astonishing as this figure is, it hides an even more striking trend – the growing difference in spend between large and small companies. This is as noticeable as the gulf between the ways in which the technology is employed.

Companies with a turnover of over &£100m report more than a doubling of expenditure on e-commerce. Their smaller counterparts largely show more stable expenditure, except in the very smallest companies where significant investment is also being injected.

From the evidence of the number of small companies who currently either don’t have a website, or use it in a limited way, it looks like the increase in investment will need to be sustained.

The way in which the Internet is used as a business is also maturing. The percentage of companies using the Internet for communicating via e-mail, researching markets and gathering news has remained virtually static over the last 12 months.

But dramatic surges though have been witnessed in the use of the Internet in two vital areas. Purchasing in the business-to-business sector over the Internet is an activity now engaged in by 27 per cent of companies – compared to just 8 per cent a year ago.

Taking the lead here is the electrical and electronic sector – over four-fifths of companies in the sector are utilising online purchasing. Other notable leaders in this trend are financial services and heavy manufacturing.

Companies have also woken up to the possibilities offered by the Internet as a tool for monitoring their rivals’ activities. Twelve months ago, less than half of companies reported that they used the Internet to monitor their competitors. Today, three-quarters of companies have woken up to the possibilities of keeping track of the competition. Industrial companies make particular use of this possibility – machinery, vehicles and chemicals firms being the heaviest users.

The bad news for marketers is control of websites is being wrestled from them. Two years ago, 70 per cent of companies surveyed let control of their site rest with the marketing department. That figure fell to 53 per cent 12 months ago, and has now dropped to 47 per cent.

That is not because of the burgeoning power of the IT department.While 1999 saw a surge in sites controlled by IT departments, their influence has now subsided to the levels of 1998. Marketers still control more sites than any other business function, but the influence of customer services is growing – with 35 per cent of sites now under their tutelage.l