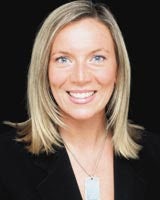 Dove was previously group advertisement director of IPC Southbank, with responsibility for 17 titles, including Marie Claire and Homes &amp; Gardens. She left the company in September (MW September 11).

At MGN, Dove will be responsible for ad sales operation on the company’s national newspapers. She replaces ad sales director Neil Hurman, who was axed in September, and will report to MGN general manager Ellis Watson.

Dove began her career as a sales executive at Marketing Week and has also been head of client sales at Mills &amp; Allen and head of sponsorship and promotions at CLT UK Radio Sales. Before joining IPC, she worked at Gruner &amp; Jahr as advertising controller for Best magazine.

The MGN titles, including flagship title the Daily Mirror, which celebrated its 100th birthday last week, have all suffered heavy circulation falls in recent times. The newspaper relaunched as a more serious read following the terrorist attacks of September 11, 2001, but has had to return to a more conventional package of entertainment, news and gossip.