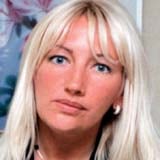 Trinity Mirror Group (TMG) plans to transform itself into a complete media content provider in an effort to stem continuing decline in traditional advertising revenue.

Executives at Mirror Group Newspapers (MGN) are working with their digital department to create new mobile, online and interactive content to roll out later this year. The move follows on from last week’s results announcement and a statement that spoke of a difficult ad market with no sign of improvement.

TMG, which hopes the shift away from its traditional core businesses will increase ad revenue, has seen the digital versions of its newspapers thrive. The number of TMG website users – a completely separate group from those who read the newspapers in terms of demographics – has increased from about 1 million users to 4.5 million users per month.

Content partnerships, which have so far lacked innovation according to inside sources, are to be developed, with possible tie-ups including links with MP3 download partners such as HMV and Napster.

Mirror Group Newspapers websites – those of the The Mirror, The Sunday Mirror, The People, Daily Record and The Sunday Mail – will cease to be online newspapers and instead become portals with enhanced community benefits through newsletters, chatrooms and message boards.

The Mirror has faced the dual pressures of increasing costs and circulation decline, and chief executive Sly Bailey, who has boosted profitability and share price through a fierce cost-cutting programme since her appointment in 2002, has let it be known that she would not stand in the way of a sale if the price was right. The last obstacle to such a sale evaporated when chairman Sir Victor Blank, a staunch opponent of such a move, announced in January his intention to stand down.

Last week, Trinity Mirror, where there is an ongoing cost-cutting programme, reported a 2.7% decline in advertising revenues at its regional division, and identified recruitment as the weakest sector.