An April Fool’s Day promotion by beer subscription brand Bier Company has backfired, with the Advertising Standards Authority (ASA) receiving at least 40 complaints within hours of the prank being revealed.

Customers of the Bier Company were tricked into believing they had won the company’s longstanding monthly competition to win a ‘black card’, which gives them a free lifetime subscription to the ‘Bier Club’.

With the subject line ‘URGENT: You’ve Won a Black Card!’, customers received an email today (1 April) from Bier Company co-founders Stefan White and Thomas Renshaw informing them they were “this month’s winner [of] free beer for life”.

The prize could be claimed by using the code ‘SLOOFLIRPA’ when signing up for a subscription to the Bier Club, recipients were told. 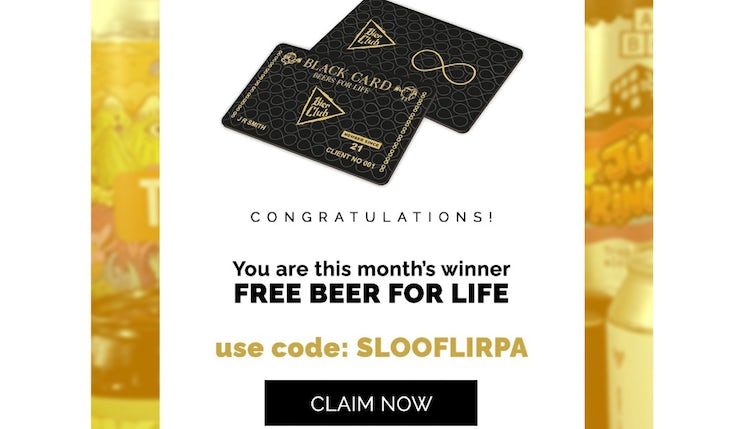 According to one Twitter user, the promotional message was also sent to customers by text, which alleviated some concerns that the deal might be a “scam”.

However, by midday those who had signed up for the deal were informed via email that they had been subjected to an April Fool’s Day prank. They had actually signed up to receive only one month’s free membership to the club and one box of eight free beers, before being charged £22.95 a month.

“Congratulations to everyone that used the SLOOFLIRPA code – you may have cunningly deduced that SLOOFLIRPA = APRILFOOLS backwards,” the email reads.

The ASA told Marketing Week it had received 40 complaints about the promotion as of 2pm, on the grounds that the promotion was “misleading”. The ad watchdog is in the process of assessing these complaints to establish whether there are grounds for further action.

No decision has been made thus far on whether to launch an investigation.BrewDog told to ‘get its house in order’ before being controversial after latest stunt

Meanwhile, a flood of complaints have been directed towards the brand on Twitter, with users calling the promotion a “scam” and encouraging others to submit complaints to the ASA.

Twitter user @Adrianics4k wrote: “I’ve made a formal complaint with the ASA as the email has no indication that it wasn’t genuine and following the instructions signs you up for a paid subscription without your consent.”

Bier Company, formerly Bier Nuts, last fell foul of advertising rules less than a year ago over a Facebook promotion. The ad included the claim “£1,000,000 Beer Giveaway & everyone who enters is a guaranteed winner”.

The ASA investigated the promotion after two complainants raised concerns that prizes weren’t being awarded or weren’t of the value advertised.

While Bier Company acknowledged the complaints, the ASA said it had seen no information about how the promotion had been administered, nor any evidence the prizes had been awarded as described. The brand was told the ad must not appear again in its current form, and to conduct promotions “equitably and fairly” in future.

Bier Company has yet to respond to a request for comment.