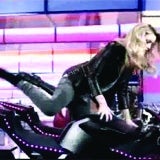 Coty UK has again come under fire from the advertising watchdog, this time for a misleading Rimmel mascara ad featuring model Georgia May Jagger.

Avon and L’Oreal fell foul of the same offence three years ago.

Both were rapped for ads featuring false eyelashes that gave a misleading impression of the effects that could be achieved with mascara products. The L’Oreal ad featured actress Penelope Cruz.

Coty UK’s TV and magazine ads for Rimmel’s 1-2-3 Look Mascara featuring Jagger carried the words “shot with lash inserts” in small text. All the ads showed lashes appearing to grow in length thanks to the product’s “adjustable lash volume”.

The Advertising Standards Authority (ASA) itself challenged whether the small print disclaimer was sufficiently clear in the magazine, while one complainant said that they believed the differing effects in the ads were due to differing lash extension lengths.

Coty says that the images of Jagger “were an accurate representation of the three differing lash looks that could be achieved by using the product”. It adds that the disclosed use of false eyelashes is a “common practice” in mascara ads, which consumers are familiar with.

The ASA says that that the campaign did not make clear the lash extensions used were of differing lengths. Also, it had not seen sufficient evidence showing that the effects could be achieved by use of the product alone. It said that the ads must not appear again in their current form.

The ASA recently ruled Coty in breach of the advertising code for a scheduling offence involving a “sexually provocative” ad for its Beyoncé perfume brand.