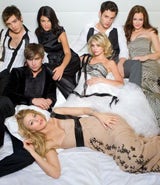 The launch will be supported with an integrated marketing campaign that will include extensive in-store support, digital activity and a comprehensive national PR campaign.

Gossip Girl costume designer Daman will host a video series discussing the characters’ style and giving fans advice on how to create Gossip Girl-inspired outfits from the Miss Selfridge collection.

The video series will run on in-store video and online on the retailer’s website.

Gossip Girl is broadcast on ITV2 in the UK and will be supported by the broadcaster online and on air from 10 March when the series continues.

The range will be available at all Miss Selfridge stores nationwide and online from the end of April 2010, starting at from £39.