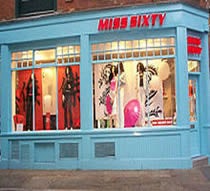 Trendy fashion label Miss Sixty has gone into administration as the latest victim of the slowdown in spending on the high street. The company that runs the retailer, Sixty UK has been taken into liquidation.

Sixty UK also includes the young fashion label Energies. The group has 12 high street outlets in the UK and also concessions in major department stores across the country.

The business is currently trading as normal with all shops and concessions still open and no redundancies have yet been confirmed.

The fashion brand recently announced its investment into online when it launched its first transactional e-commerce site to coincide with the Miss Sixty catwalk show during the New York Fashion Week in September.

In addition to selling its collection, the misssixty.com site also features catwalk images from the show.