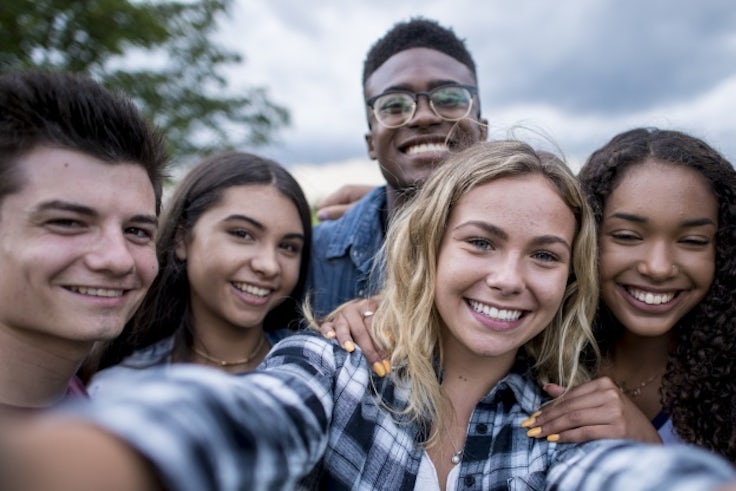 Fractured skull fragments hewn from a rock on the Mani peninsula in the Greek Peloponnese are, it has been claimed, the oldest homo sapiens fossils ever found outside Africa.

The jigsaw of cranial bits and pieces is supposedly over 200,000 years old, meaning the skull has rewritten known history – it would be older than the previous record-holder by more than 160,000 years.

Initially found during excavations in the 1970s, the sapiens’ noggin lay entombed mere feet from another skull – this one, oddly, neanderthal.

Tests found the neanderthal skull to be at least 170,000 years old and the two species would most likely have come to rest in their rocky embrace by virtue of a mud flow that solidified, leaving them in their Grecian tomb. The baffling thing here is that we may now have over 150,000 years of uncharted interaction between homo sapiens, our upstanding ‘intelligent’ forebears, and neanderthals – our stockier, shorter legged and now very extinct cousins.

Those seeking a thoroughly engaging analysis of what this means for human history should envelope themselves in the excellent book ‘Sapiens’ by Yuval Noah Harari while lounging on their lilo this summer. For those who fear being sunk by the tome’s 512 pages I can save you some time: homo sapiens and neanderthals were about as familial as the modern-day adult and their erstwhile teenage progeny.

Now I’m not suggesting for one second that the youngsters in this analogy are knuckle-dragging thugs. In fact, evidence from my last visit to a Premier League football match suggests the opposite to be true. However there are undeniable and notable differences in the behaviours, attitudes, motivations, beliefs, desires, demeanour and communications methodologies of those aged between 13 and 19 and the Gen X segment aged 40-plus that set them poles apart.

These differences are as defined as they are longstanding and have meant that interaction between adults and teenagers has always been a tricky conundrum.

In the marketing world, audiences that have value to brands tend to earn their own title. For young people, their custom is so desirable we gave them two.

Generation Y (AKA ‘millennials’) are currently between 25 and 39 years old and have outgrown the trappings of teenage angst, only to find themselves drowning in debt with about as much chance of owning their own home as Prince Philip has of tying his own shoelaces.

Then there’s the current youth crop known as Generation Z – the newest tranche currently aged between four and 24 years old. To add context, this ‘Z list’ makes up 25% of the world’s population and, as such, shouldn’t be treated lightly. In the US alone there are nearly 74 million, enough to make any Gen X marketer reach for their skateboard in a doomed effort to engage with them.

You need to cut through billions of bytes of trash before you can even think of capturing Gen Z’s interest.

According to research by online bank Kasasa earlier this year, the average Gen Z human received their first mobile phone aged 10.3 years, grew up in a hyper-connected world and on average spends at least three hours a day on some kind of mobile device. Notoriously cynical and, rather unsurprisingly, untrusting of their Gen X forebears (they are their parents, after all), communicating with these teenagers is a minefield, leaving in its wake a cemetery of misplaced adverts, ill-judged products and cynically rejected politics.

It should be no shock to anyone in marketing and advertising that teenagers think we’re dicks.

According to Kat Krieger from coffee brand Joyride: “Authenticity may have been a buzzword years ago, but this goes way beyond that. […] Younger generations are more aware and politically astute than ever before. […] Marketing speak just won’t cut it anymore. Consumers want quality, but they also want brands with integrity.”

In addition to Krieger’s unequivocal assertion in a 2018 report by Forbes, the following checklist is a good starting point if you want to earn trust and gain integrity with the Gen Z consumers:

Media wise, we know mobile devices are the first port of call for Gen Z so it stands to reason that your content should be designed to sit comfortably on these devices (very comfortably – see points 1, 5 and 6 above). As a kick start, these are the big four content types commanding attention from their eyes, ears and fingers:

Social Media – Instagram, Snapchat, Twitter and TikTok; Tencent’s QQ and WeChat and Sina’s Weibo in Asia; and VK in Russia are a few of the front-runners. That said, despite Facebook’s apparent efforts to become the social channel for old people, it remains the world’s favourite across the board

Streamed Video – Google’s YouTube remains the king but don’t discount other young upstarts, most notably Amazon-owned Twitch, a favourite of the esports community on which over 350 billion minutes of streamed content has been viewed this year alone.

Music – Apple, Amazon and Google still have their claws deeply embedded in the music scene but smaller, more niche apps and video-streaming services have significant numbers of loyal Gen Z tribes among their followers.

Esports – According to a recent study ‘From Nerdy to Norm: Gen Z Connects Via Gaming’ conducted by Whistle, 91% of Gen Z males regularly play video games, only incrementally higher than millennials (84%). Among both generations, the stereotype of gamers has eroded. ‘Gamer’ no longer conjures the negative affiliation of a lazy guy in his parents’ basement but rather playing (and crucially watching) esports – it’s seen as an essential social interaction.

Gen Z is a misleading, buzz-phrase term – a chuck-away line much better expressed as simply ‘young people’. They exist in huge volumes, they’re fed up with their circumstances – socially, environmentally and financially – and they actively challenge the patronising way in which they’re currently marketed to. In the same way that many Gen X-ers would reject a pro-Brexit rant from a far-right 70-year-old UKIP member, Gen Z have their own opinions and have expansive means of sharing them.

The changing nature of ownership: How brands are catering for ‘generation rent’

In evolutionary terms, it’s all semantic anyway. In twenty years’, time Gen Z will be in our shoes and we’ll be irrational and outdated crones howling at the moon. How we communicate with and market to this generation now will influence not only the world they’ll live in but also how they’ll act when they get into our shoes.

Generationally, they are the surviving sapiens leaving us, Gen X and upwards, as the shallow-browed Neanderthals facing inevitable extinction. In 200 Millenia our outdated tactics, strategies and campaigns might be dug up as digital relics to be analysed, discussed and quickly derided as outdated fossils of a lost species. 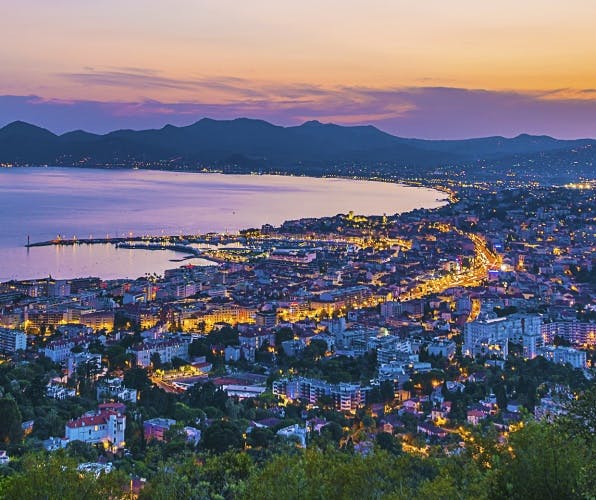 While advertising awards have little commercial value to clients, they at least remind us that great ads are cheaper and more effective at driving purchase behaviour than relying on outsize media spend. 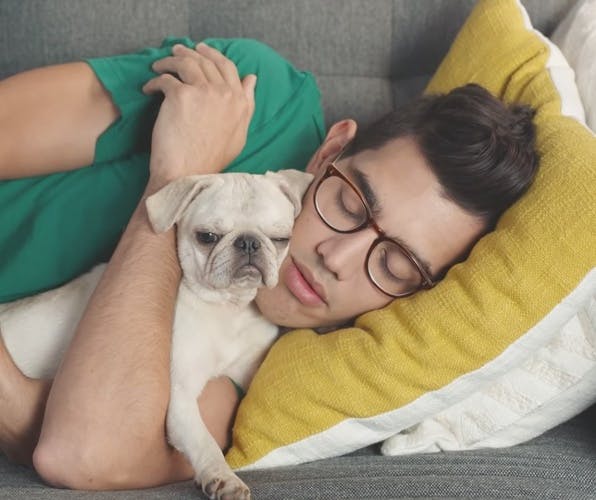 With home ownership among young people continuing to drop, a new market is emerging for subscription-based and “versatile” furniture brands that want to change the relationship consumers have with material goods. 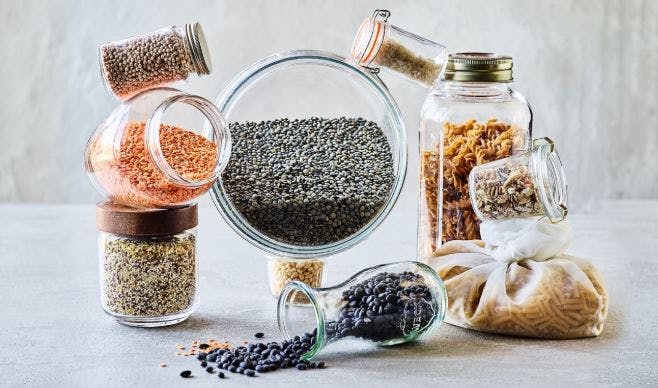 Catch up on all this week’s marketing news, including Sainsbury’s new CMO, the ousting of Marks & Spencer fashion boss Jill McDonald and the sponsorship opportunities around the Netball World Cup.