The 10K “Miles for missing People” run will take place in London’s Hyde Park on 13 March and aims to bring together friends and families of missing people and raise money for the charity.

The new event will be supported with press ads running in the free newspaper Metro, and in health clubs across the UK as well as direct email marketing and a viral mailing to users of Friends Reunited and Genes Reunited and users of the Missing People service.

Children’s BBC presented Kristen O’Brien, an ambassador for the charity plans to run the 10k run in honour of Mark Speight, her former co-presenter who went missing for six days in 2008 before being found dead.

O’Brien will front a PR campaign to promote the event.

Andy baker, the managing director of Friends Reunited is also running. He says: “We’re happy to be sponsoring Miles for Missing People. The Charity provides a priceless service for the families and friends with missing loved ones. It helps to reunite people and that’s clearly something close to our hearts.”

Missing People and Friends Reunited announced their partnership in November and this is the first dual branded fundraising event the partnership has held. 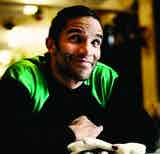 E.on, the energy provider, is teaming up with England goalkeeper David James to launch its Great Saves campaign in association with its FA Cup sponsorship deal and encourage families to save energy. 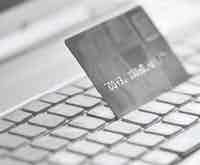