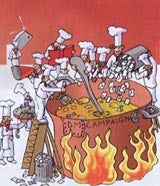 Joining the dots. That is what it can feel like trying to get a direct marketing campaign into the field. There is a lengthy supply chain standing between the initial marketing idea and the final response or sale. The Direct Marketing Association, for example, has ten separate councils representing specific supplier groups.

Keeping each of those components aligned and on schedule can feel like pushing jelly up a wall with a straw. It requires a combination of skill, patience and sheer determination. But as headcounts within client marketing departments continue to fall, there are fewer people with such qualities on hand. At the same time, many clients are wondering about the value of time spent managing the execution of direct marketing campaigns.

So could a similar shift occur in the DM industry? Can the excessive number of cooks who threaten to spoil the broth be cut back to make the process more effective? And if so, who will wield the knife?

EHS Brann board account director Sean Bailey notes that an integrated agency and supply chain model has been available for some time. “When I first started here six years ago, there was much more of that ‘one-stop shop’ idea around in the broadest sense of marketing services,” he says.

Before its merger with EHS, the Brann group offered telephony, warehousing and fulfilment, data processing and printing through fully owned operational units alongside its agency services. One of the advantages of this alignment was that the agency could ensure that any campaign it proposed could actually be executed. That is not always true of the creative and strategic proposals many DM agencies produce.

Instead of following this model, however, the DM industry has tended to concentrate on integration. Bringing together direct marketing and sales promotion, or offering through-the-line, integrated campaigns has defined the agency proposition over the past ten years. But it has not necessarily led to more effective campaigns.

“The trouble is, unlike most industrial markets which were forced to adopt horizontal processes as long as two decades ago, many of today’s client and supplier components in the UK services sector remain vertical,” says Data Vantage Group (DVG) chairman John Orsmond.

He notes that the problems start in house at client organisations. “Chief among disconnects are the gaps between internal departments such as marketing, systems and operations. Risks of failure are even more pronounced among organisations employing outsourced models that depend on external components such as call centres, data processors and production houses,” says Orsmond.

The more extended this assembly line becomes, the greater the risk of disruption in the production chain. “And the more disconnected the consumer experience, the greater the damage to the brand and bottom-line outcomes,” he adds.

The difficulty is that most current initiatives in this sector are aimed at gaining a bigger slice of client budgets, rather than ensuring that the existing budget is being efficiently spent. Media neutrality may be an important strategic step, but there might be as much to gain from streamlining executional activity. 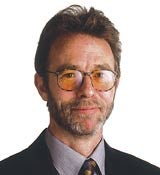 Bailey points out that other market forces have also eroded the value of aligned services. “It became increasingly difficult to get away from price-led conversations. Where is the added value? And we started to see less and less demand as clients compartmentalised their spending and strategy,” he says.

With substantial oversupply in every field of DM service, from data processing to print to call centres, prices have fallen. At the same time, the greater involvement of procurement departments has separated these components and often put them into long-standing purchasing deals.

Agencies have been under pressure as a result. Bailey says his agency’s response has been to try and get involved in the strategic planning process early on. “With Barclays, they buy key individuals around our business who work on planning and what it is the client wants,” he says.

At the back end, processes have been considerably tightened up. As a result of this, cycle times are now much shorter. “Sixteen weeks to get something out of the door doesn’t work. For some clients what we do now is a fast track, where the brief goes straight into the studio,”says Bailey. Suppliers who work to the same rapid turnaround are essential to this proposition.

EHS Brann is not the only example of a move away from aligned services. Until last year, marketing services provider MBO offered both agency and production services. But the two units went their own way, with the agency eventually being folded into DCLF (now The Langham Works).

The back-end operation of MBO continues to operate. “It was inevitably one of those things that largely depends on the personalities of the people heading the operation. That is the key to the whole thing,” says managing director Paul Jackson.

Shared clients were few and far between, removing one of the key components of successful alignment integration. Agreeing on who “owned” the client, and therefore where the revenue would stay, proved to be another difficulty.

Then there is the problem that agency and marketing services providers have different market cycles. “We are like a factory, we need to be at capacity or close to it in order to be profitable. We can’t just rely on the good will and intentions of creatives to feed us,” says Jackson. 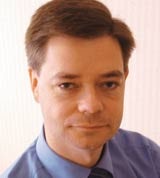 MBO did manage to operate an integrated model for a long time, until market pressures exposed these fissures. Yet significantly, the split has not completely ended integration. “For some clients we source creative work – we have been doing that for one client for 12 years. It is no longer going through an agency,” adds Jackson.

Despite these experiences, some agencies are still pursuing the combined-services model. Promotional marketing agency GFM first took ownership of back-end operations 13 years ago. It began running cheap holiday promotions in The Sun and had outsourced all fulfilment and booking.

“We were working with a couple of different suppliers, but we had no control and were just paying their margin. As a consequence, we took the decision to invest in our own call-handling premises,” says client services director Dave Rosco.

Through being able to offer this service to clients, the business expanded to include data processing. “We looked at what would be profitable for us – print, mailing, Web development – and if it was something we could add to our proposition. It has made us a full-service agency,” says Rosco.

Stick to what you know

Millennium Marketing and Communications, which specialises in marketing to the over-50s, has equally grown its back-end resources. “Marketing managers as such find it difficult to manage print and production because it is a different set of skills,” says managing director Martin Smith.

The agency first added database management eight years ago to get around problems clients were experiencing in accessing their own marketing data. “That established the model of us getting involved in the supply chain,” says Smith.

Its next acquisition was a letter shop 18 months ago. “A chain is only as strong as its weakest link. We had good suppliers, but were only one of several clients they had to service, so it could be difficult to get on to their schedules,” he says.

By owning production capacity, Millennium can guarantee timetables to clients. And in pitches it can promise that the creative ideas being presented are deliverable. With important changes to the direct mail market – such as the possibility of size-based pricing – this is likely to become an even more important skill.

The company is also looking to expand its agency services. This would include the purchase of a media independent and the acquisition of an above-the-line agency. “They all fall within the umbrella of marketing and can be streamlined by having them in one company,” says Smith.

Agencies do not always have the luxury of being able to take control of the downstream supply chain. In many cases, clients already have approved suppliers in place. When TMW worked with Nissan on the launch of the new Micra, fulfilment and call handling were already in place.

“However, we manage all suppliers on Nissan’s behalf to ensure that projects are co-ordinated in terms of both timings and brand messages,” says TMW account supervisor for Nissan Jackie Bee.

“The management of so many third parties, many of whom are not contracted to us, does inevitably cause issues along the way. But the smooth delivery of this to the client is a large part of the service we are giving them,” she says. Setting the right targets is key to getting suppliers to work alongside the agency.

But further changes to project management and the supply chain may come from outside the existing agency and supplier sector. Print management companies are already expanding the portfolio of services they are taking a hand in.

Results Business Consulting senior consultant David Miln says: “There is the possible emergence of highly efficient, process-driven operations specialising in accurate and low-cost execution.” These “execution factories” would step into the gaps that exist all the way down the chain.

Their proposition would be a single-minded focus on process and efficiency without creative compromise. “Naturally, the big agency groups will jump on channel efficiency when it becomes a bandwagon. But others will have to show them the way,” says Miln. When the dots do get joined, DM agencies and suppliers may not like the new shape they make.

Scottish Courage is to brief all its advertising agencies on a “responsible marketing” policy, in an attempt to pre-empt the Government’s proposed clampdown on alcohol advertising. The brewer of John Smith’s and Fosters brands will ask all its ad agencies to sign up to the new policy. This includes M&C Saatchi, which handles advertising for […]

Cigarette lighter and papers maker Ronson International is searching for a managing director to head its marketing functions following a management overhaul of the troubled company. The company’s management has been in flux over the past 12 months since Ronson was delisted from the Stock Exchange. Managing director Neil Wright has run the company for […]

Bacardi-Martini is increasing its UK advertising spend on its upmarket gin brand Bombay Sapphire Gin by 150 per cent. The increased budget will coincide with a global advertising campaign created by US agency Margeotes/Fertitta &amp; Partners LLC, which will use the strapline ‘Complexity’. Media buying and planning is through Universal McCann. The campaign will seek […]