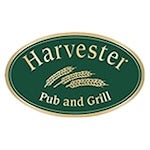 The pub company is trialling a television ad, created by St Luke’s, for Harvester in key regions ahead of a possible wider roll-out.

The activity trumpets the brand’s fresh “salad and grill” positioning and uses the strapline “bring out the best”. It coincides with plans to introduce a new format for its 171 restaurants that includes open kitchens and more modern décor.

St Luke’s has also created a campaign for Toby Carvery that positions the brand as the place for families to satisfy their passion for roast dinners.

Simon Cope, director of marketing at M&B, says the marketing aims to build on an “extremely successful” 12 months during which he claims sales and “guest satisfaction levels” have increased.

“We’re now looking to the next stage of Harvester and Toby Carvery’s brand journeys by raising awareness of their respective offers and recruiting new guests,” he adds.

M&B announced today (24 March) that it intends to move away from its price-sensitive drinks-led business to concentrate on its food offering. It plans to open high street variants of Harvester and Toby Carvery and open new outlets in leisure parks and retail parks. It hopes to increase the number of Harvester sites to 400 and grow Toby Carvery to 300 outlets. The company also aims to grow its Crown Carveries, Sizzling Pub Co, Premium Country Dining Group and Vintage Inns brands.

The plans follow a strategic review called for by recently appointed chairman John Lovering, who was brought in to replace the rejected Simon Laffin after a shareholder battle.